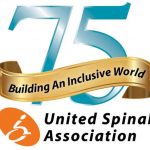 United Spinal Association recently launched its ‘Voices United’ campaign to amplify the strengths and talents of its membership community as the organization celebrates its 75th Anniversary.

“The success of our diverse membership base in overcoming the challenges of living with spinal cord injuries and disorders and ultimately regaining their independence, propels United Spinal’s mission. Everyday our members prove that there are significant benefits to building an inclusive world that embraces their abilities,” said Brook McCall, MPH, senior director of United Spinal’s Tech Access Initiative.

The Voices United campaign offers United Spinal Association members and partners the opportunity to share their stories and selfies on a digital map showcasing the organization’s reach across the country.

“I became a T4 complete spinal cord injury in 2009 at 48 due to an auto accident. United Spinal was a lifeline for assisting me to interact with others for information and to carefully navigate the new life I was now living,” said Patty Kunze of Chesterfield, Virginia.

“I’ve learned that I am the best me when I’m part of a strong but loving community. I have many but the United Spinal community is one I’ve been a part of for about a decade. It’s the community that I’ve given a lot too while gaining much more in return. Your voice matters. Our voices matter,” said Matthew Tillford of Salt Lake City, Utah.

Along with spotlighting quotes from its supporters, the map also features information on United Spinal’s chapters, peer support groups and programs.

United Spinal’s 75th Anniversary year will culminate with a Virtual Gala on Wednesday, November 10th attended by honorees and special guests that will reflect United Spinal’s unique role in empowering the disability community and its champions.

Award-winning PBS Senior National Correspondent, Amna Nawaz, will join United Spinal as its Gala Emcee. Nawaz, who is the Host of “Beyond the Canvas” and is the PBS “NewsHour” Primary Substitute Anchor, is also an esteemed Peabody Award recipient, a recipient of the News & Documentary Emmy Award for Outstanding Writing and Society for Features Journalism Award.

To participate in United Spinal’s Voices United campaign, put yourself on the map by visiting https://unitedspinal.org/75th-anniversary/share-your-story/.

About United Spinal AssociationFormed in 1946 by paralyzed veterans, United Spinal is a national 501(c)(3) nonprofit membership organization dedicated to empowering people with spinal cord injuries and disorders (SCI/D), including veterans, to live successful and fulfilling lives. Membership is free and open to all individuals with SCI/D, with over 53,000 members across 50 chapters nationwide. Known for its revolutionary advocacy efforts, United Spinal played a significant role in writing the Americans with Disabilities Act, provided important contributions to the Fair Housing Amendments Act and the Air Carrier Access Act, and was instrumental in attaining sidewalk curb ramps and accessible public transportation in New York City, which created the standard accessibility model used in many United States cities.

Paralysed U of C student seeking her own cure

It’s Not a Rat’s Race for Human Stem Cells Grafted to...