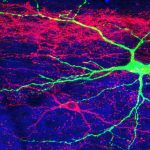 The sense of touch is essential to almost everything we do, from routine tasks at home to navigating unfamiliar terrains that may conceal dangers. Scientists have long been interested in understanding exactly how the touch information we obtain with our hands and other parts of the body makes its way to the brain to create the sensations we feel.

Yet, key aspects of touch — including how the spinal cord and brainstem are involved in receiving, processing, and transmitting signals — have remained poorly understood.

Now, a pair of papers by scientists at Harvard Medical School reveal critical new insights into how the spinal cord and brainstem contribute to the sense of touch.

Specifically, the research shows that the spinal cord and the brainstem, previously thought to be mere relay centers for touch information, are actively involved in processing touch signals as they travel to higher-order brain regions.

One study, published Nov. 4 in Cell, shows that specialized neurons in the spinal cord form a complex network that processes light touch — think the brush of a hand or a peck on the cheek — and sends this information to the brainstem.

In another study, published Nov. 23 in Nature, researchers established that direct and indirect touch pathways work together, converging in the brainstem to shape how touch is processed.

“These studies focus the spotlight on the spinal cord and the brainstem as sites where touch information is integrated and processed to convey different types of touch. We hadn’t fully appreciated before how these areas contribute to the brain’s representation of vibration, pressure, and other features of tactile stimuli,” said David Ginty, the Edward R. and Anne G. Lefler Professor of Neurobiology in the Blavatnik Institute at HMS and the senior author on both papers.

Although the studies were conducted in mice, mechanisms for touch are largely conserved across species, including humans, which means the basics of touch processing could be useful for scientists studying human conditions such as neuropathic pain characterized by touch dysfunction.

“This detailed understanding of tactile sensation — that is, feeling the world through contact with the skin — may have profound implications for understanding how disease, disorder, and injury can affect our ability to interact with the environment around us,” said James Gnadt, program director at the National Institute of Neurological Disorders and Stroke (NINDS), which provided part of the funding for the studies.

The historical view of touch is that sensory neurons in the skin encounter a touch stimulus such as pressure or vibration and send this information in the form of electrical impulses that travel directly from the skin to the brainstem. There, other neurons relay touch information to the brain’s primary somatosensory cortex — the highest level of the touch hierarchy — where it is processed into sensation.

However, Ginty and his team wondered if and how the spinal cord and brainstem are involved in processing touch information. These areas occupy the lowest level of the touch hierarchy, and combine to form a more indirect touch pathway into the brain.

“People in the field thought that the diversity and richness of touch came just from sensory neurons in the skin, but that thinking bypasses the spinal cord and brainstem,” said Josef Turecek, a postdoctoral fellow in the Ginty lab and the first author on the Nature paper.

Many neuroscientists are not familiar with spinal cord neurons, called postsynaptic dorsal column (PSDC) neurons, that project from the spinal cord into the brainstem — and textbooks tend to leave PSDC neurons out of diagrams depicting the details of touch, Turecek explained.

For Ginty, the way that the spinal cord and brainstem have been overlooked in touch brings to mind early research on the visual system. Initially, scientists studying vision thought that all processing occurred in the visual cortex of the brain. However, it turned out that the retina, which receives visual information long before it reaches the cortex, is heavily involved in processing this information.

“Analogous to research on the visual system, these two papers address how touch information coming from the skin is processed in the spinal cord and brainstem before it moves up the touch hierarchy to more complex brain regions,” Ginty said.

In the Cell paper, the researchers used a technique they developed to simultaneously record the activity of many different neurons in the spinal cord as mice experienced various types of touch. They discovered that over 90 percent of neurons in the dorsal horn — the sensory processing area of the spinal cord — responded to light touch.

“This was surprising because classically it was thought that dorsal horn neurons in the superficial layers of the spinal cord respond mostly to temperature and painful stimuli. We hadn’t appreciated how light-touch information is distributed in the spinal cord,” said Anda Chirila, a research fellow in the Ginty lab and the co-lead author on the paper with graduate student Genelle Rankin.

Moreover, these responses to light touch varied considerably across genetically different populations of neurons in the dorsal horn, which were found to form a highly interconnected and complex neural network. This variation in responses, in turn, gave rise to a diversity of touch information carried from the dorsal horn to the brainstem by PSDC neurons. In fact, when the researchers silenced various dorsal horn neurons, they saw a reduction in the diversity of light-touch information conveyed by PSDC neurons.

“We think this information on how touch is encoded in the spinal cord, which is the first site in the touch hierarchy, is important for understanding fundamental aspects of touch processing,” Chirila said.

In their other study, published in Nature, scientists focused on the next step in the touch hierarchy: the brainstem. They explored the relationship between the direct pathway from sensory neurons in the skin to the brainstem and the indirect pathway that sends touch information through the spinal cord, as described in the Cell paper.

“Brainstem neurons get both direct and indirect input, and we were really curious about what aspects of touch each pathway brings to the brainstem,” Turecek said.

To parse this question, the researchers alternately silenced each pathway and recorded the response of neurons in mouse brainstems. The experiments showed that the direct pathway is important for communicating high-frequency vibration, while the indirect pathway is needed to encode the intensity of pressure on the skin.

“The idea is that these two pathways converge in the brainstem with neurons that can encode both vibration and intensity, so you can shape responses of those neurons based on how much direct and indirect input you have,” Turecek explained. In other words, if brainstem neurons have more direct than indirect input, they communicate more vibration than intensity, and vice versa.

Additionally, the team discovered that both pathways can convey touch information from the same small area of skin, with information on intensity detouring through the spinal cord before joining information on vibration that travels directly to the brainstem. In this way, the direct and indirect pathways work together, enabling the brainstem to form a spatial representation of different types of touch stimuli from the same area.

Finally on the map

Up until now, “most people have viewed the brainstem as a relay station for touch, and they haven’t even had the spinal cord on the map at all,” Ginty said. For him, the new studies “demonstrate that there’s a tremendous amount of information processing occurring in the spinal cord and brainstem — and this processing is critical for how the brain represents the tactile world.”

Such processing, he added, likely contributes to the complexity and diversity of the touch information that the brainstem sends to the somatosensory cortex.

Next, Ginty and team plan to repeat the experiments in mice that are awake and behaving, to test the findings under more natural conditions. They also want to expand the experiments to include more types of real-world touch stimuli, such as texture and movement.

The researchers are also interested in how information from the brain — for example, about an animal’s level of stress, hunger, or exhaustion — affects how touch information is processed in the spinal cord and brainstem. Given that touch mechanisms appear to be conserved across species, such information may be especially relevant for human conditions such as autism spectrum disorders or neuropathic pain, in which neural dysfunction causes hypersensitivity to light touch.

“With these studies we’ve laid the fundamental building blocks for how these circuits work and what their importance is,” Rankin said. “Now we have the tools to dissect these circuits to understand how they’re functioning normally, and what’s changing when something goes wrong.”

Support for the Cell paper was provided by the Harvard Mahoney Neuroscience Institute, the Ellen R. and Melvin J. Gordon Center for the Cure and Treatment of Paralysis, the National Science Foundation (GRFP DG1745303), a Stuart H. Q. & Victoria Quan Fellowship, the National Institutes of Health (MH125776; NS089521; NS119739; NS097344; AT011447), the Hock E. Tan and K. Lisa Yang Center for Autism Research, and the Edward R. and Anne G. Lefler Center for the Study of Neurodegenerative Disorders.

Support for the Nature paper was provided by the Harvard Mahoney Neuroscience Institute, the Ellen R. and Melvin J. Gordon Center for the Cure and Treatment of Paralysis, the National Institutes of Health (NS097344; AT011447), the Hock E. Tan and K. Lisa Yang Center for Autism Research, and the Edward R. and Anne G. Lefler Center for the Study of Neurodegenerative Disorders.

Materials provided by Harvard Medical School. Original written by Catherine Caruso. Note: Content may be edited for style and length.