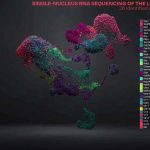 In a multi-year research program coordinated by the two directors of .NeuroRestore—Grégoire Courtine, a neuroscience professor at EPFL, and Jocelyne Bloch, a neurosurgeon at Lausanne University Hospital (CHUV)—patients who had been paralyzed by a spinal cord injury and who underwent targeted epidural electrical stimulation of the area that controls leg movement were able to regain some motor function.

In the new study by NeuroRestore scientists, appearing today in Nature, not only was the efficacy of this therapy demonstrated in nine patients, but the improved motor function was shown to last in patients after the neurorehabilitation process was completed and when the electrical stimulation was turned off. This suggested that the nerve fibers used for walking had reorganized. The scientists believe it was crucial to understand exactly how this neuronal reorganization occurs in order to develop more effective treatments and improve the lives of as many patients as possible.

To arrive at this understanding, the research team first studied the underlying mechanisms in mice. This revealed a surprising property in a family of neurons expressing the Vsx2 gene: while these neurons aren’t necessary for walking in healthy mice, they were essential for the recovery of motor function after spinal cord injury.

This discovery was the culmination of several phases of fundamental research. For the first time, the scientists were able to visualize spinal cord activity of a patient while walking. This led to an unexpected finding: during the spinal-cord stimulation process, neuronal activity actually decreased during walking. The scientists hypothesized that this was because the neuronal activity was selectively directed towards recovering motor function.

To test their hypothesis, the research team developed advanced molecular technology. “We established the first 3D molecular cartography of the spinal cord,” says Courtine. “Our model let us observe the recovery process with enhanced granularity—at the neuron level.” Thanks to their highly precise model, the scientists found that spinal cord stimulation activates Vsx2 neurons and that these neurons become increasingly important as the reorganization process unfolds.

Stéphanie Lacour, a fellow EPFL professor, helped the research team validate their findings with the epidural implants developed in her lab. Lacour adapted the implants by adding light-emitting diodes that enabled the system to not just stimulate the spinal cord, but also to deactivate the Vsx2 neurons alone through an optogenetic process. When the system was used on mice with a spinal cord injury, the mice stopped walking immediately as a result of the deactivated neurons—but there was no effect on healthy mice. This implies that Vsx2 neurons are both necessary and sufficient for spinal cord stimulation therapies to be effective and lead to neural reorganization.

“It’s essential for neuroscientists to be able to understand the specific role that each neuronal subpopulation plays in a complex activity like walking,” says Bloch. “Our new study, in which nine clinical-trial patients were able to recover some degree of motor function thanks to our implants, is giving us valuable insight into the reorganization process for spinal cord neurons.”

Jordan Squair, who focuses on regenerative therapies within .Neurorestore, adds, “This paves the way to more targeted treatments for paralyzed patients. We can now aim to manipulate these neurons to regenerate the spinal cord.”