Beauty is his business 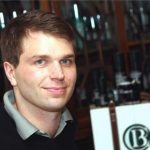 Francesco Clark was an athletic, 24-year-old fashion assistant at Harper’s Bazaar who dreamed of one day becoming editor in chief of GQ magazine.

Then he dove into a swimming pool on a June evening in 2002 and broke his neck.

The paralyzing injury put him in a wheelchair, but it also affected his body in ways unexpected.

One side effect of his spinal cord injury is nerve damage that doesn’t allow his skin to distinguish hot and cold, so he stopped sweating. That prevents his body from releasing toxins, leading to constant breakouts.

“It looked like I had sand under each pore,” says Clark, a Bronxville resident who’s now 31. “It was gray. It was aging. It was flaky. Everything that could go wrong with my skin was going wrong.”

He tried prescription medications and $700 creams, but, when nothing solved the problem, Clark turned to his father, Harold, a physician whose specialty is homeopathy and vitamin therapy. The two hit upon a successful formula – the secret is an extract from the jasmine flower – and a line of plant-based, paraben-free products followed.

And so did a new career for Clark.

Now, his Clark’s Botanicals is available online at www.clarksbotanicals.com and at select luxury stores around the world, including New York’s Saks Fifth Avenue and Henri Bendel. Madonna, Julianne Moore and Debra Messing are among Clark’s celebrity fans.

A percentage of all proceeds is donated to the Christopher and Dana Reeve Foundation, which is dedicated to finding treatments and cures for spinal cord injuries.

Clark recently was named one of the charity’s national ambassadors, and he makes regular appearances on its behalf.

But he says he didn’t have good will on his mind when he started his business.

“Clark’s Botanicals was born purely out of a selfish reason,” he smiles. “I made the products because I wanted to look good.”

At the time of the accident, Clark was an outgoing young man who would run seven miles a day and loved his job at Harper’s Bazaar.

Yet for nearly two years afterward, his life revolved around hospitals and up to seven hours of daily therapy.

Clark, once an immaculate dresser with a passion for Prada, shaved his head and wore the same blue hospital pants and an American flag T-shirt day after day. Once fun loving and gregarious, he would ignore e-mails from friends.

That began to change in 2004, after he returned home from having stem-cell surgery in Beijing. As soon as he woke up from the operation, he could feel his ribs, a sign of hope that his condition might improve. Then he was asked to join Eastchester’s Committee for People with Disabilities, and the thought of becoming more social again boosted his self-esteem.

“I suddenly realized I wasn’t just a patient anymore,” says Clark. “I was a person.”

Fed up with how his skin looked, Clark and his father experimented with 78 botanical extracts and oils before discovering jasmine absolute.

The extract naturally rebalances the skin, kills acne-causing bacteria and increases collagen production. Imported from Sicily, jasmine absolute is in all of Clark’s products, from the smoothing marine cream ($115) to the nourishing youth serum ($155).

At first, though, Clark thought of the skin care line as a hobby, something to connect him with his old life. He’d hand out samples to fashionista friends and his father’s patients, who clamored for more and began to spread the word to others.

Then his former colleagues at Harper’s announced that they wanted to feature Clark’s Botanicals in the magazine.

Margro was utterly charmed by Clark – and equally impressed with his products. She says she’s extremely picky about the items sold in her shop; she’s turned down several well-known luxury brands.

“I only believe in the best of the best,” she says.

Margro’s store was the first retail outlet to carry Clark’s Botanicals, and the products continue to have her customers raving. Margro says that one woman, a cancer patient whose complexion was ravaged by chemotherapy, has been transformed.

“Her skin was gray and now it’s flushed,” she says. “She looks like a different woman.”

Now, Clark’s company is thriving as well. Sales are growing by 30 percent each year, and despite the recession, Clark says he’s on track to open five of his own apothecary-style stores by 2012.

As for his physical prognosis, Clark has come a long way since doctors told his family he’d be on a ventilator for the rest of his life.

For weeks after the accident, Clark was unable to speak or eat. Since then, he’s regained some feeling in his torso. Within the past three months, he’s begun to turn his wrists.

He’s been aggressive about his recovery, though. In addition to the stem-cell surgery, he’s participated in clinical trials and research studies on spinal cord injuries. At the moment, he’s involved in a study at Burke Rehabilitation Hospital, where weak electric currents charge his brain to test neuron response.

Yet Clark mostly credits the improvement to a strict five hours of therapy every day. And he’s thankful for having a tight-knit family who supports him and can afford his medical care.

“If my parents didn’t work, and if we didn’t have money when I was first injured, I would have been in a nursing home,” he says.

Instead, Clark exercises mainly with caretakers in a home gym that was once his family’s garage. He lives with his parents, sister and 90-year-old grandmother; the family moved to Westchester from Bologna, Italy, when Clark was in elementary school. The home serves as the headquarters for Clark’s Botanicals, too.

Clark has written about his struggle in a memoir, scheduled to be published next spring by Hyperion. He’s also putting his experience to good use at his company. The latest Clark’s Botanicals product is the Cellular Lifting Serum ($355), which uses the regenerative properties of rare Swiss apple stem cells to deliver an anti-aging effect.

Clark is thrilled to help his customers achieve glowing, healthy skin, of course.

And if his products make people think about stem-cell technology and other scientific research that might lead to a cure for paralysis? Even better.

“People can try [the lifting serum] and see how innovation can work in your favor,” he says.