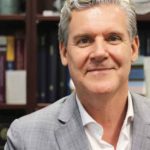 A research team at the Krembil Research Institute in Toronto has developed an innovative strategy that could help to restore breathing following traumatic spinal cord injury.

Using pre-clinical models, the team employed a novel strategy to target a dormant group of neurons located in the cervical area of the spinal cord. When stimulated, this latent population of cells called interneurons was activated and were able to restore breathing following injury.

“The big takeaway here is the identification of this novel neural circuit,” said Dr. Fehlings, a professor in the Department of Surgery at the University of Toronto. “What we found is if we activate this population of neurons, using pharmacogenetics we can rescue breathing.”

Dysfunctional breathing is a major cause of death or disease for people following traumatic spinal cord injury. Many of the 86,000 Canadians who live with a spinal cord injury require a tracheostomy or long-term use of an assistive ventilation device.

“The biggest implication of this work is that one day we may be able to flip a switch and improve the breathing of people living with these injuries.”

“We think this discovery has big implications for neuroscience in general, as it demonstrates an important role for this neuronal population in the complex respiratory neural network,” said Dr. Satkunendrarajah.

“These interneurons are not required for breathing under normal conditions. However, they become vital to the neural respiratory system when it is under challenge,” added Dr. Karadimas.

Next steps for the team include studying the use of the regenerative properties of stem cells to target areas of the spinal cord with a goal of bringing scientists closer to clinical translation of these findings.

The researchers are also interested in identifying other neural circuits in the cervical spinal cord that could be activated, with the potential for reviving motor function. Areas of particular interest include restoration of hand and arm function.

Funding for this study was provided by the Krembil Foundation, The Toronto General & Western Hospital Foundation, The Canadian Institutes of Health Research (CIHR), The Paralyzed Veterans Association (PVA), AOSpine North America, the Onassis Foundation and the Dezwirek Foundation.