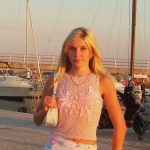 A 17-year-old girl who suffered a spinal cord injury after being involved in an accident at an open-air disco in Qawra is hoping to undergo an experimental stem cell treatment through which she might regain the ability to walk.

Vladyslava Kravchenko, a Ukrainian national who immigrated to Malta with her mother at age 9, suffered head and spinal cord injuries on September 14, 2008, after lighting equipment set up at the open-air disco collapsed. The collapse also caused slight injuries to 7 other people.

She was just about to begin sixth form, with orientation at St Aloysius’ College just a day away.

Ms Kravchenko spent 4 months in hospital, and has been in a wheelchair since the accident. She resumed her studies as soon as she was discharged from hospital, successfully finishing her first year of sixth form this summer.

She is now hoping to participate in a stem cell research programme at the NeuroVita clinic in Moscow. The experimental treatment would see stem cells taken from her bone marrow in a bid to repair her spinal cord.

This treatment can only be carried out at the Moscow clinic. Ms Kravchenko would need to attend to several sessions over 2 years, and each session carries a hefty €20,000 price tag.

Ms Kravchenko, who will turn 18 on Saturday, strongly believes that she will get back on her feet, and her relatives and friends have set up a fundraising campaign to help raise funds.

Although Ms Kravchenko is seeking compensation for the damages suffered, such cases could potentially take years to resolve, even if successful, and doctors advise that treatment should be started before the end of the year as the probability of success would diminish as time goes by.

The Help Vlada Campaign plans to organise a number of activities to increase awareness and raise funds. The various methods through which donations can be made are available on http://www.helpvlada.com/donate.