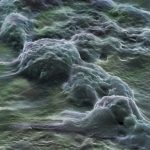 Medical science has come a long way since the days of Hippocrates. The discovery of wonder drugs called antibiotics, the formulation of anaesthesia that revolutionised surgery, the discovery of monoclonal antibodies to treat various diseases etc, are medical milestones that have paved the road to modern medicine that exists today.

Along with technological advancement, medical science also continues to advance. The latest discovery having the potential of becoming the elixirs of life is the small microscopic cluster of cells, also called ‘stem cells’. Once just a small inclusion in cryptic health journals, these microscopic cells are now making headlines with not just the medical fraternity, but also with the political diaspora, who are debating on the moral principles of stem cell research.

A stem cell could be regarded as one of the basic building blocks of the human body. Stem cells are important because they have the ability to become different cell types, and scientists are working on developing ways to use stem cells to repair or regenerate damaged organs or tissues. Stem cell research offers great promise for understanding basic mechanisms of human development and differentiation, as well as provides hope for new treatments for diseases such as diabetes, spinal cord injury, Parkinson’s disease, and myocardial infarction.

Of a greater interest are pluripotent stem cells (cells that can develop into many different cell types of the body), isolated from human embryos that are a few days old. Pluripotent stem cell lines have also been developed from fetal tissue (older than 8 weeks of development). Scientists believe that manipulation of the conditions controlling cellular differentiation might help them create replacement cells and organs, that can eventually offer organ transplants to individuals without the risk of rejection and without the need for anti-rejection drugs.

Pluripotent stem cells are generally extracted from excess frozen fertilized embryos that are ‘left over’ from earlier invitro fertilization attempts. Most of these spare embryos are either destroyed or used for training purposes.

Debate over the ethics of stem cell research began almost instantly after their discovery in 1999, despite reports that stem cells cannot grow into complete organisms. Scientists are excited about the immense potential stem cells offer in the field of regenerative medicine and are therefore proponents of this research, however, sections of the society, especially anti-abortion factions, have cast a strong ballot against it.

Many pro-life advocates believe that an ova, spermatozoon, pre-embryo, embryo, foetus, and newborn are all forms of human life, are clearly alive and contain human DNA. They believe that an embryo is a human being with a soul and therefore equate the act of extracting stem cells from an embryo to murder.

Staying in tune with this ideology, governments in 2000 – 2001 began drafting proposals and guidelines in an effort to control stem cell research and the handling of embryonic tissues. The CIHR (Canadian Institute of Health Sciences) drafted a list of recommendations for stem cell research in 2001.

President Bush announced, on August 9, 2001 that federal funds would be made available for Human Embryonic Stem Cells (hESC) research on currently existing embryonic stem cell lines only, and not on human embryos for which the stem cell lines need to be developed. Bush’s ruling impeded progress in research on stem cells. Despite this ruling, medical ethicists in favour of stem cell research continued to argue that stem cells are incapable of growing into a complete person and can at the most be coaxed into growing into an organ. Moreover, spare embryos from IVF attempts will eventually die, due to operator error or equipment malfunction, or are routinely destroyed by flushing them down a drain, by incinerating them, or by thawing them out and allowing them to die. In such a scenario, scientists have urged that these cells be put to use to humanity.

The Future Of Stem Cell Research

With the easing of policies brought about by the Obama government, it looks as though the US may accelerate its stem cell research and if anything, give other countries in the world a strong challenge to continue their own research and work into advancing stem cell therapies.

In order to ease the ethical dilemma regarding embryonic stem cells, scientists are also using adult stem cells. These cells are taken from the blood or organs of healthy adults and have recently demonstrated an unexpected adaptability in lab experiments. But these cells are marginally helpful to scientists, and do not show the same promise as those culled from embryos.

The moral dilemma of stem cell research might continue. Opponents say that that embryo destruction is wrong, but supporters question whether an embryo destined to be destroyed at a fertility clinic, but now residing in a Petri dish is morally on par with a child suffering from juvenile diabetes or a person who cannot walk due to a spinal-cord injury.

Irrespective of what either party has to say, stem cells undeniably have an enormous promise to benefit mankind — to save lives and cure or treat diseases. This generates a very strong moral imperative to explore their potential. But to what extent will research be conducted to unveil the complete potential of stem cells, still remains to be seen.

China a rising star in regenerative medicine despite world skepticism of...