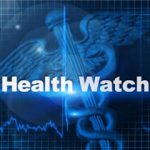 People who suffer a spinal cord injury often end up at least partially paralyzed. It used to be that they had little hope of walking again, but there have been huge strides made in getting paraplegics moving again.

Getting paralyzed patients truly up and walking on their own is still a ways off, but getting moving with the help a variety of assistive devices is starting to happen right now.

Two years ago, Lainy Loyola was a 16-year-old cheerleader at Churchill High School. A high-speed, one car rollover accident a year ago changed her life. She was the passenger.

“I don’t remember my accident at all, but he lost control of the car and the car flipped four times and we were ejected out of the car,” she said.

Lainy suffered a severe spinal cord injury and is paralyzed from the waist down. She uses a standing chair to help with her bone density, muscle tone and blood pressure.

“There are so many health benefits by standing that we take for granted. And then just even walking, to be able to walk and get the blood circulating,” said Susan Loyola, Lainy’s mother.

Now Lainy is heading to Philadelphia to take part in a groundbreaking study. At MossRehab, she’ll be helping to test ReWalk, the first commercially-viable upright device that allows paraplegics to stand and even walk on their own.

At 18, Lainy is the youngest person and one of the first women to help test ReWalk. She sees it as the first of many steps to wholeness.

“I’m young and there’s a lot of medical breakthroughs going on right now, a lot of studies. I really think I’ll walk again,” she said.

Lainy is heading to Moss Rehab next month where she’ll stay for a couple of months. She knows it will be hard physical work, but she and her family feel like she might in on the beginning of something big.

Even if it doesn’t get her to walk again, the health and psychological benefits of being upright are significant.