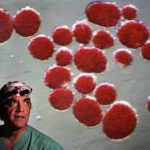 Many researchers are coming to believe they can achieve as much using adult stem cells as using controversial human embryonic stem cells.

A year after President Barack Obama eased restrictions on research into embryonic stem cells and pledged billions in new stimulus money for it, researchers are almost giddy with enthusiasm about progress in the field. They’re confident stem cells will treat — maybe someday cure — heart disease, diabetes, spinal cord injury and other disorders.

But the excitement is not generated by stem cells harvested from human embryos.

Instead, researchers are coming to believe they can get results almost as good from adult stem cells taken from the patient’s own bone marrow or belly fat, and even full-fledged adult cells from muscle tissue or skin.

“Adult stem cells have more flexibility than we thought,” says Dr. Joshua Hare, director of the Interdisciplinary Stem Cell Institute at the University of Miami Medical School. “The embryonic stem cell might not be the most valuable property in actual therapy. When you’re treating a heart attack, you might do better with an adult stem cell.”

Already at the UM Medical School, adult stem cells have been injected around a patient’s heart to help heal a heart attack, and adult cells are being applied around injured spinal cords in hopes of restoring movement.

Another new development exciting researchers is the “induced pluripotent adult stem cell.” Scientists at Harvard and in Japan took cells from the skin on a patient’s arm and genetically reprogrammed them to be almost as flexible as embryonic stem cells — without destroying an embryo. They hope to use them someday to build up entire human organs, cell by cell.

“This is really exciting,” says Dr. Kenneth Zuckerman, a senior researcher at Moffitt Cancer Center in Tampa. “If you need a liver transplant, you can make a liver out of cells from your own body. The same with a heart. It might replace embryonic stem cells in some ways.”

Some adult stem cell experiments could get FDA approval for general use within five years; others are expected to take 10 years or longer.

Using adult cells avoids the controversy of destroying embryos. And, coming from the patient’s own body, they avoid the risk of rejection.

The excitement doesn’t mean researchers are losing respect for the value of human embryonic stem calls.

“The embryotic stem cell is the prototype, the ultimate stem cell,“ Hare says. “It has the greatest capacity to become any other type of tissue. It’s essential to work with both kinds of stem cells.”

But the process of approving new lines of embryonic stem cells is complex, and is going slowly. The first new line created since Obama’s ruling was approved only in December. Only 50 lines have been approved so far, with 300 more still awaiting action. The NIH has awarded $143 million for the research to universities including Johns Hopkins, Stanford, University of Michigan, UCLA, Harvard and others.

One researcher who has received some of the new cell lines approved by the Obama administration is Paul J. Simmons at the University of Texas. He plans to use them first in test tubes, then in lab animals and someday in humans to create blood cells, also to help fight leukemia.

`COULD BE YEARS AWAY’

But he says: “Most embryonic stem cell research is still very basic. My human tests could be years away.”

In January, the FDA approved the first clinical trial using human embryonic stem cells in human patients. Geron Corp., a California biopharmaceutical firm, plans to inject the cells around the severed spinal cords of 10 paralyzed human patients to see if they can repair them. But the trial hasn’t reached the human stage. It was suspended in October over safety concerns in pre-clinical testing in lab animals. The company hopes to resume the trial later this year.

At UM’s Stem Cell Institute, researchers are using both human embryonic stem cells and adult stem cells in studying how to repair the heart after a heart attack. The embryonic stem cells are used in basic lab research in test tubes but not in humans, says Ian McNiece, the institute’s director of experimental and cell-based therapies.

Hare, McNiece and colleagues are conducting a clinical trial using adult stem cells to treat 53 human heart attack patients. They extracted adult “mesenchymal” stem cells from the patients’ bone marrow, purified and multiplied them, then injected them into veins in the patients’ arms and legs.

The stem cells migrated to the heart, drawn by chemical signals put out by the heart’s damaged tissue. The stem cells appeared to become heart cells, helping to repair the damaged organ. In early results, the mended hearts pumped blood more strongly and had fewer dangerous arrhythmias.

At UM’s Diabetes Research Institute, Ricordi and colleagues are using both embryonic stem cells and adult stem cells to seek a cure for diabetes.

In a trial with lab rodents, embryonic stem cells were harvested from a human donor, reprogrammed into pancreatic cells and transplanted into the pancreas of a diabetic mouse — with some success.

In another trial, with human patients, adult pancreatic islet-cell clusters containing insulin-producing beta cells were harvested from a cadaver’s pancreas and injected into the patients’ pancreas.

At the Miami Project to Cure Paralysis, researchers are working not with stem cells, but with full-fledged adult cells called Schwann Cells. They are extracting the cells from muscles in the patient’s arms or legs, injecting them around the injured spine and trying to induce them to turn into myelin, a sheath that wraps aroundthe spinal cord and protectsit.

In an earlier trial, the method restored the ability of lab rats to walk, albeit imperfectly.

The Miami Project has no current plans to apply for embryonic stem cells, said Pantelis Tsoulfas, a neurologist at the project.

Given the advances in both embryonic and adult stem cell research, researchers debate which will be more important in fighting disease.

“If I had to bet which will be the most important in the long run, it would be adult cells from the patient’s own body,” Ricordi says.

Says Simmons: “There’s a whole array of diseases that afflict humans. Some will be amenable to therapy with adult stem cells. Other more complicated procedures will probably be based on embryonic stem cells.