Can you still enjoy intercourse if you’re severely disabled? This bride-to-be, who has no feeling from the chest down, gives a resounding yes, yes, YES! 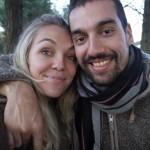 Sophie Morgan was left paralysed after a car accident in 2003, aged 18; Has no sensation from the waist down but has no complaints about intercourse; Sophie thought she’d live in celibacy, and discovered quite the opposite.

When I was invited to write about my romantic life, I was hesitant. How much did I want to reveal about something so deeply personal?

I’m no exhibitionist – I do not relish the thought of strangers knowing intimate details of my life. But then I decided, yes, I would do it. Why? Because I realized my reticence was partly due to the fact that the subject of intercourse for people like me is still taboo. And it shouldn’t be that way.

You see, almost ten years ago, when I was 18, I was involved in a car accident that left me paralyzed. I sustained a spinal injury, and ever since I have been without sensation from my chest down. From around the center of my ribs and upward, though, I have complete mobility. My life is lived mostly in a wheelchair. But I do have intercourse. There, I’ve said it. Disabled people have intercourse – and, what’s more, we enjoy it.

I must talk about this frankly because leaving this difficult issue to be skirted around or ignored altogether is a barrier to equality and inhibits the freedom of myself and others like me to enjoy such a basic human need.

Sex and disability do come up for discussion from time to time. Most recently, the film The Sessions explored the life of poet Mark O’Brien, who suffered disability due to polio. The story charts his relationship with a ‘sex surrogate’, played by Helen Hunt, to help him lose his virginity.

Ultimately, I found the film pretty depressing because the message was that being disabled ruins any chance of fulfilling romantic life. But for all its faults, at least it succeeded in dispelling the myth that disabled people are romantic, which is a start.

There are 11 million disabled Britons, 15 percent of whom are of working age (the age where you are probably most romantic active). The majority, like me, were not born disabled. In fact, figures show that 83 percent develop a problem later in life, due to illness or an accident.

A leading UK disability publication conducted a survey and found that of more than 1,000 disabled people questioned, 85 percent said they had intercourse and almost half had a romantic partner. But, depressingly, a separate newspaper survey revealed that 70 percent of Britons would not have intercourse with someone who had a physical disability.

Before my accident, I would have been one of those people. I had been a wild and adventurous girl who loved to dance and travel.

In the months after my crash, amid all the pain and conflicting emotions – denial, anger, fear, deep sadness, and eventually acceptance – I am not sure whether the thought of intercourse occurred to me.

Although I was single at the time of the crash, I had my first serious relationship in my mid-teens and we were intimate.

After the accident, no one talked to me about sex – various doctors, surgeons, physiotherapists, and psychotherapists were busy saving my life, getting me mobile, and helping me come to terms with the fact I would now need help or have to relearn everyday tasks from washing myself and dressing to going to the bathroom.

I assumed my life as a paraplegic would be celibate. Never mind, I consoled myself, at least I had my memories.

But then something unexpected happened. I enrolled at an art school and a handsome long-haired surfer called Olly took a fancy to me. To my complete surprise and bewilderment, he asked me out on a date.

Our relationship was a matter of trial and error to start with. But as I was willing and – more importantly – able to be manhandled into position, the show could actually go on, as it were.

To say it was a revelation would be an understatement. I became aware of areas of my body that were hypersensitive. The more I was mentally engaged, the more I felt and enjoyed.

I could feel penetration and, even better, I could orgasm. These sensations are undoubtedly different compared with before my accident. But while the damage to my spinal cord has affected large parts of my body, it is clear there are other nerve pathways working.

Ultimately, my relationship with Olly ended. I was sad, of course, but I was also filled with newfound confidence regarding what my body could still do. 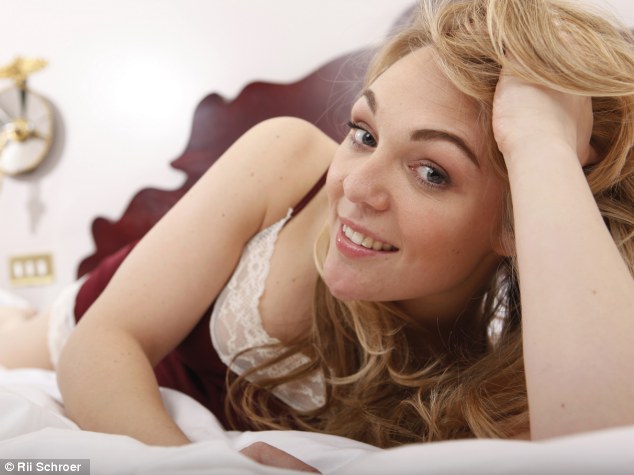 A few months later, I visited a friend at university and was introduced to her housemates – one of whom, Tom, a 28-year-old acupuncturist, is now my fiance.

Tom and I hit it off and enjoyed a good flirt but nothing happened. Later, he admitted to me that despite thinking I was ‘gorgeous’, he had assumed that I was unable to have relationships or have children.

Deeply saddened by my plight – a beautiful young woman robbed of her human right to sex – he approached our friend and posed one of The Questions. ‘Can Sophie have sex?’ he asked.

I often joke that there are only three things people really want to know about me: ‘Can you have intercourse?’, ‘Can you have children?’ and ‘How do you go to the loo?’

Since telling all my friends that I would be writing this article, those who hadn’t already posed The Questions admitted they had also wanted to know, but were too afraid to ask.

Anyway, my friend laughingly assured Tom that, in fact, I could and did have intercourse. The rest is history. We started dating six years ago and last month we got engaged.

When Tom later confessed his initial feelings of pity in his typically blunt way, I wasn’t angry or even surprised – after all, I had thought the same for a long time.

However, my experience is my own – like disability itself, every disabled person’s experience of intercourse will be slightly different. Just because I can feel certain sensations below my waist, this is not true for every paraplegic.

I met Barry West, 36, an artist who lives in Uckfield, East Sussex. He was paralyzed following a car accident 17 years ago and has no movement or sensation below the level of his neck.

He says: ‘Disabled people have needed the same as anyone else. After my accident, my physical ability was taken away, but I still have the same mind. I have no feeling in or control of my penis but I am still able to please a woman, so I do still enjoy intercourse, just in a different way. I found my own way.’

The fact that intercourse may be different but is still possible is echoed by another paraplegic, Harry Maule, from Somerset.

‘Sex can be both frustrating and rewarding,’ he says. ‘The most difficult part is the absence of sexual release, and I mourn for an orgasm. It is also frustrating having to wait for Viagra to work.’

Harry, a 27-year-old student, lost the use of his legs after an operation to remove a spinal tumor ten years ago. However, satisfaction is still achievable. ‘It becomes about working together and reinventing what sex is,’ he says.

Clearly, being disabled offers an opportunity to get creative in the bedroom, which I am all for. But I realize that in many ways I am lucky because, despite my limitations, I am still very able.

As a reporter for Channel 4 during the Paralympic Games last summer, I was able to mingle with the athletes’ families, and can confirm that they are all very normal, in love and – guessing by the number of children running around – sexually active.

Indeed, you would have had to be blind – no pun intended – not to have noticed the number of athletes who were dating or else married with children.

Many couples were ‘mixed’ – one disabled, one not. And, oh happy day, the men’s style magazine FHM was finally able to objectify some disabled women.

Hannah Cockroft, a 20-year-old buxom blonde wheelchair racer, was crowned the sexiest Paralympian. But even she still encounters the classic, ‘You’re so hot, it’s shame you are in a wheelchair’ line from admirers.

Hannah’s method of coping with such ignorance is fairly brazen: ‘I put them right straight away. As long as there is a will, there is a way!’ she says.

Hannah has had cerebral palsy since birth, so in comparison has never known any different.

‘I’m incredibly flexible,’ she laughs. ‘Double jointedness is part of my disability, so intercourse isn’t difficult.

‘My advice is to find your own way to do things and don’t let anyone tell you it’s wrong because as long as it feels right to you, then that’s how it was meant to be.’

Of course, for every person like Hannah, there is someone else so disabled that they cannot move or speak yet still have sexual desires.

So if people such as Hannah are struggling to attract a sexual partner, where does it leave those more severely affected men and women? After all, a positive mental attitude can only go so far.

I called numerous high-profile disabled people as part of my research for this article, and none agreed to talk to me bar Hannah. Those who did reply often expressed extreme reluctance to comment.

Despite this I continue to believe that the increasing number of sexually active disabled people in the public eye will help debunk the myth and that when it comes to The Questions, honesty is, without doubt, the best policy.

For many that won’t be the case. Searching the internet, I discovered a website called TLC, which helps connect disabled people with ‘sex professionals’ trained to understand and manage their sometimes unique sexual desires.

As most able-bodied people are unwilling, the website’s founder Tuppy Owens says sex workers offer ‘treatments’ and list their ‘skill-sets’ on the site.

Again, I know this may seem shocking, but consider, for instance, muscular dystrophy, a wasting disease that strikes mostly boys in early adolescence and can kill victims before they reach 30. These young men’s prime years will be consigned to a wheelchair and they will need full-time care. For them, young girls will not be queuing round the block.

So what are the other options? It is just really sad to think that many of these boys, who have all the same desires as you do, might die without experiencing something that we all fundamentally have a need for.

Like Tuppy Owens, I believe we need to stop thinking of this subject as risqué. Of course, this is not lasting love, but it may at least offer some release. Ultimately, the belief that disabled people aren’t sexy leaves many feeling lonely.

While writing this article, I was saddened to find out just how many people – including some of my very close friends – remain blinkered to the idea that disabled people want, need, and have intercourse. The importance of intimacy cannot be underestimated. We all – both literally and figuratively – deserve a happy ending.

Doctors with disability continue to practise thanks to technology, support and a positive attitude