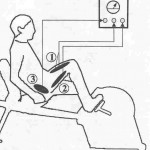 Improvements include neurological and functional gains, as well as enhanced physical health demonstrated by decreased fat, increased muscle mass and improved lipid profile. Prior to this study’s publication today in the Journal of Spinal Cord Medicine, the benefits of activity-based restorative therapy (ABRT) programs, such as FES cycling, were largely anecdotal despite publicity in conjunction with the recovery of actor and activist Christopher Reeve.

In FES, small electrical pulses are applied to paralyzed muscles to stimulate movement. In the case of FES cycling, FES pulses prompt the legs of an individual with SCI to “cycle” on an adapted stationary recumbent bicycle. The repetitive activity offers cardiovascular exercise similar to that which an able-bodied individual achieves through walking, but this new research shows that the results go far beyond basic health benefits.

“Exercise has not been commonly advocated for individuals with paralysis because of the assumption that it is of little benefit and it is challenging to exercise limbs that an individual cannot voluntarily move,” said John W. McDonald, M.D., Ph.D., senior study author and director of the International Center for Spinal Cord Injury at the Kennedy Krieger Institute. “However, we found that FES cycling is a practical form of exercise that provides substantial benefits, including improved physical integrity, enhanced neurological and functional performance, increased muscle size and strength, reduced muscle spasticity and improved quality of life.”

Participants in the study included 45 individuals diagnosed with chronic SCI, defined as paralysis continuing more than 16 months following injury. Twenty-five patients with chronic SCI were assigned to the FES cycling group at the Washington University Spinal Cord Injury Program, where Dr. McDonald was section head until 2004. These patients were matched by age, gender, injury level/severity and duration of injury to 20 control patients who received no active physical therapy.

Results also showed that FES cycling enhanced muscle strength without increasing spasticity, a common side effect of paralysis that varies from mild muscle stiffness to severe, uncontrollable leg movements. The FES group was found to be on fewer anti-spasticity medications with lower doses than the control group, suggesting that the lower level of spasticity observed in the FES group was not due medication differences between the participants.

FES cycling was also associated with improvements in quality of life and correlated with overall improved health. FES and control groups showed no significant difference in total thigh volume; however, total thigh fat, measured by MRI, was 44.2 percent less in the FES group than in the controls.

According to Dr. McDonald, this is a key finding because intramuscular fat is associated with glucose intolerance, a complication affecting nearly two-thirds of individuals with chronic SCI.

The results of this study support the hypothesis that activity-based rehabilitative strategies can play an important role in promoting physical integrity and functional recovery, even when implemented years after an injury, and provide rationale for a large prospective randomized clinical trial to evaluate the efficacy of ABRT using FES in persons with chronic SCI.

Facebook
Twitter
Email
Mix
Digg
Previous articleMissyJenkins.com
Next articleCan you still enjoy intercourse if you’re severely disabled? This bride-to-be, who has no feeling from the chest down, gives a resounding yes, yes, YES!

Stem cells made from eggs, not embryos