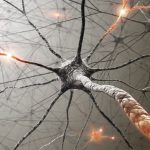 The nervous system is a complex collection of nerves and specialized cells known as neurons that transmit signals between different parts of the body. Vertebrates — animals with backbones and spinal columns — have central and peripheral nervous systems.

Description of the nervous system

The nervous system is essentially the body’s electrical wiring. It is composed of nerves, which are cylindrical bundles of fibers that start at the brain and central cord and branch out to every other part of the body.

Neurons send signals to other cells through thin fibers called axons, which cause chemicals known as neurotransmitters to be released at junctions called synapses. A synapse gives a command to the cell and the entire communication process typically takes only a fraction of a millisecond.

Glial cells, derived from the Greek word for “glue,” support the neurons and hold them in place. Glial cells also feed nutrients to neurons, destroy pathogens, remove dead neurons and act as traffic cops by directing the axons of neurons to their targets. Specific types of glial cells (oligodendrocytes in the central nervous system and Schwann cells in the peripheral nervous system) generate layers of a fatty substance called myelin that wraps around axons and provides electrical insulation to enable them to rapidly and efficiently transmit signals.

Diseases of the nervous system

There are a number of tests and procedures to diagnose conditions involving the nervous system. Aside from MRIs and CT scans, an electroencephalogram (EEG) is often used to record the brain’s continuous electrical activity by attaching electrodes to the scalp. Positron emission tomography (PET) is a procedure that measures the metabolic activity of cells.

A spinal tap places a needle into the spinal canal to drain a small amount of cerebral spinal fluid that is tested for infection or other abnormalities.

A number of nerve disorders can affect the nervous system, including vascular disorders such as stroke, transient ischemic attack (TIA), subarachnoid hemorrhage, subdural hemorrhage and hematoma, and extradural hemorrhage.

Infections such as meningitis, encephalitis, polio, and epidural abscess can also affect the nervous system.

Study of the nervous system

Neurosurgeons perform surgeries involving the nervous system and are certified by the American Association of Neurological Surgeons.

There are also physiatrists, who are physicians who work to rehabilitate patients who have experienced disease or injury to their nervous systems that impact their ability to function.

Some milestones in the study of the nervous system include:

The Use of Cell Transplantation in Spinal Cord Injuries