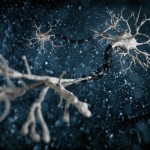 Traumatic spinal cord injury (SCI) is a severely disabling condition that can result in full or partial paralysis, as well as sensory and autonomic dysfunction. SCI has an estimated incidence of 12,000 new cases per year in the United States alone, caused primarily by automobile accidents, falls, violence and sports. Despite extensive research, an effective cure is yet to be defined.

The spinal cord is the bridge between the brain and the rest of the body, conveying motor and sensory information between them. When injury to the spinal cord occurs, these pathways are interrupted, with motor control and sensory perception being impaired as a consequence. The initial injury induces hemorrhages, ischemia, disruption of axons, and the production of neurotoxic substances that contribute to cell death and necrosis. This then triggers a second wave of damage that enlarges the lesion and increases functional impairment, as well as inflammatory responses that can aggravate injury.

In a later chronic phase, there is continued demyelination, atrophy, degeneration, and formation of cavities in previously injured areas. Glial cells from the spinal cord also react to injury by forming a glial scar that acts as both as a physical and a chemical barrier to regeneration. This is the first therapeutic target: minimizing this secondary injury greatly improves the chances of functional recovery.

However, the best therapy should be able to also repair damage. The spinal cord (and the brain) is well known for its inability to self-heal. However, the right environment can induce axons of the spinal cord to regenerate. But it is precisely in this environment that lies the main problem, since the spinal cord contains a myriad of molecules that actively inhibit axonal regeneration. The key to regenerating the spinal cord could therefore be to overcome that inhibition and stimulate the regeneration of damaged axons, allowing them to reconnect with their target cells. But regenerating the damaged axons is far from being sufficient for a full recovery. After axons start elongating, they need to find their appropriate target cells to which they were originally connected. This can be aided by supplying molecules that can help neurons find their targets.

A combination of factors contributes to the difficulty in drawing an effective treatment to SCI. Consequently, numerous strategies for spinal cord regeneration have surfaced in the last years.

One approach is to provide a framework to bridge the gap created by SCI and guide injured axons. Spinal cord implants can give physical support to the neuronal fibers as they grow, and can also serve as a source of regeneration-promoting chemicals. These implants can be bundled with cells that may aid in axonal regeneration or even replace cells that have died. Great advances in this approach have been reported recently.

Stem cells have the ability to self-renew and differentiate into specialized cells. In the context of SCI, stem cells have shown to be able to limit secondary injury, stimulate re-myelination and the formation of neuronal connections, and overcome the inhibitory environment. However, much of the current research is still actually focused on identifying the type of cell that can promote regeneration in the safest and most effective way.

Multipotent mesenchymal stem cells (MSCs) have been gaining ground in basic and clinical research due to their multiple regenerative effects. Furthermore, they have the advantage of an easy isolation without ethical concerns. MSC-like cells can be retrieved from tissues such as bone marrow, adipose tissue and umbilical cord. MSCs have recently shown to have numerous effects that may aid in SCI therapy: they can have anti-inflammatory properties, modulate the immune system, inhibit cell death by apoptosis, stimulate neuronal protection from toxicity, reduce the levels of stress-associated and pro-inflammatory proteins and reactive oxygen species, secrete neurotrophic factors, enhance re-myelination, aid axon guidance across lesion site, decrease glial reactivity, and stimulate axonal growth.

Furthermore, in vitro research suggests that MSCs themselves may differentiate into glial and neuronal cells. Taken together, these findings suggest that administration of MSCs may lead to a beneficial effect in the recovery from SCI secondary damage. In animal models of SCI, MSCs have shown substantial effects on locomotor recovery. However, the translation of promising experimental results to clinical practice has been mostly unsatisfactory.

Although promising, these techniques are not yet ready for general use. Nevertheless, the progress of the last years keeps hope alive.