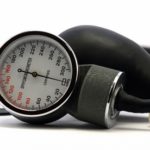 There is a bundle of nerves at the Thoracic vertebrae number six (T6) level that is a major junction where nerves come close together in the spinal cord. Individuals with spinal cord injury above this level have a disruption in the nerve segment. For these individuals, stimulation of the body at or below T6 can send confusing messages to the brain as the message will create a huge discharge of the sympathetic nervous system using all of the blood flow in the abdomen without the counter control of the parasympathetic nervous system to contain it. Blood pressure rises to extremely high proportions.

The actual physiology of AD is unknown. The T6 level is where the Vegas nerve exits the spinal cord. The Vegas nerve is a multipurpose nerve that controls the heart as well as the guts in the abdomen. Disruption of function between this nerve, vasomotor pathways and peripheral (outermost) receptors in the body leads to miscommunication between the heart function and that of the organs in the abdomen which allows this cascade of abnormal function. The blood in the abdomen is flowing uncontrollably as the heart is beating to control the vascular explosion.  Researchers now think the increase in resistance of vessels or neuronal response from the nerve connections could be culprit.

Everyone with a spinal cord injury at T6 or higher is at risk for AD once spinal shock from the initial injury has resolved. It has been reported in individuals with injury levels down to T10. For people with spinal cord injury from disease, if the affected area is near this location, you can develop AD also. Individuals with complete injury have a higher incidence of development of AD. The higher the level of injury, the more severe AD appears to be. Some people with other diseases of the cardiac or nervous systems can develop AD.

Symptoms of AD include a pounding headache, hypertension or high blood pressure, a very slow pulse or sometimes a very fast pulse, apprehension or anxiety (sometimes people say they ‘just don’t feel right’), changes in vision, nasal congestion, sweating, flushed skin, goose bumps, tingling and pupil dilatation. All these symptoms can be related to blood rushing through the body and nerves working overtime. The body is attempting to correct the message of a disturbance but is unable to interpret or activate the control to slow down the overcorrection. Below the level of injury your body can feel chills, clammy, cool and pale.

Extreme symptoms have been noted with episodes of AD. These can include aphasia or other problems with speech, retinal detachment, bleeding in the brain, seizures and coma. AD left untreated can lead to death.

Stimulation that can set off the symptoms of AD can include anything and everything. The most frequent cause of AD are bladder issues leading to distention such as a kinked or clogged catheter, a bladder infection, stones or overfilling. Other frequent causes are bowel distension such as constipation, impaction or even gas. Pressure sores, bone fractures, skin burns (even from friction from sheets), or ingrown toenails. Both constriction and dilatation plays a big part in AD from bladder and bowel function, skin problems or even just having your clothes too tight. Perhaps your leg bag was fine when you put it on but as it fills and becomes a heavy weight on your leg, the straps can set off an episode of AD.

Another misbelief is that only certain things will cause AD such as bladder, bowel or skin issues. There are many things that can set off AD. Everyday activities such as performing intermittent catheterization, bowel program or application of anti-embolism stockings can initiate an episode. If you have even one minor symptom doing an everyday activity, you have AD. This will come as a shock to many as most believe AD only comes in its most aggressive form. Or you may have never had AD in the past or at least since your hospitalization only to find it creep into your life as you age.

For some individuals development of AD can be triggered by the slightest of incidents. Wrinkled sheets can initiate an attack as noxious stimulation. An air current that gently wafts over the skin can trigger an attack through temperature change or stimulation of fine hair follicles on the arms, hands and legs. Bright sun shine on the skin or glare in the eyes is another way AD can become an issue.

Even use of your home computer can initiate AD from glare on the screen, power surges making the screen brightness change or the cursor blinking. Many of these causes can be controlled by making adjustments to your machine, tablet or phone. You can adjust the brightness, set the cursor to flow instead of blink. Keep your device away from other large electronics such as the air conditioner, fan or refrigerator which will drain your technology of power, creating an ever so slight drop in screen brightness. You might not even be able to notice the change but it can cause flicker which can stimulate AD through your visual senses.

Women can develop AD from menstrual cycle and childbirth. Just because you might not have sensation below the level of injury does not mean that your body does not react to it. Medication and anesthesia during childbirth or any surgery is important to avoid your body reacting to pain as well as the development of an AD episode.

Treatment of AD is to elevate the head which is an attempt to lower blood pressure through orthostatic hypotension and remove the noxious stimuli. If a catheter is kinked, uncoil it, check for urine output, or perform intermittent catheterization, check the bowel for impaction, look for any constrictions in clothing or wrinkled bedding that can be smoothed.

Medications that might be used to treat AD include local anesthetic cream for catheterization change or insertion, botox, capsaicin or anticholinergics to decrease bladder stimulation. Local anesthetic creams can also be used prior to bowel programs or procedures. Other medications used to treat ongoing and dangerous AD episodes include nifedipine, nitrates, captopril, terazosin, prazosin, phenoxybenamine, Prostaglandin ED and sildanefil. Selection of the correct medication for you should be made by your healthcare professional.

Surgery can be performed for individuals who do not respond to conservative treatment for AD triggered by the bladder. Spincterotomy is an incision of the internal bladder sphincter which allows for the open flow of urine. Bladder augmentations and the Mitrofanoff procedure which creates a process for catheterizing through the naval or belly button are also used.

What you can do to reduce or avoid symptoms of AD include:

Maintaining good health and adaptions for paralysis can keep your body safe and reduce your incidents of AD or AD development. It can be a challenge when AD is severe but with treatment, you can control this condition.