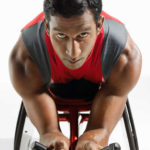 A new patient study has paved the way for a new opportunity to rehabilitate patients with spinal cord damage.

This was the first time that attempts were made to rehabilitate patients paralysed as a result of a spinal cord injury through long-term stimulation treatment of this type.

Both patients who participated in the study had spinal cord injuries caused by trauma. One patient was paraplegic, paralysed from the knees down, and the other was tetraplegic, with some voluntary movement of the hands but no capacity to grasp. Both patients had been injured more than two years ago and had received conventional rehabilitation treatments throughout their recovery, and continued to do so during the stimulation treatment.

After approximately six months of the stimulation treatment, the paraplegic patient could bend both ankles, and the tetraplegic could grasp an object.

“We observed strengthened neural connections and partial restoration of movement to muscles which the patients were previously entirely unable to use,” explained Dr Shulga.

The movement restored during the treatment was still present a month after the stimulation treatment had ended. One of the patients is participating in a further study in which stimulation is given more extensively and for an even longer period.

Dr Jyrki Mäkelä, head of the BioMag laboratory, where the study was conducted, pointed out, “This is a case study with two patients only, but we think the results are promising. Further study is needed to confirm whether long-term paired associative stimulation can be used in rehabilitation after spinal cord injury by itself and, possibly, in combination with other therapeutic strategies.” The study appears in the journal Spinal Cord Series and Cases. — ANI