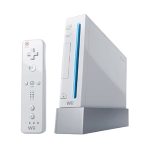 The GameGame System Not Just Entertainment

Nintendo’s Wii game system is far more reaching than just among the teenage crowd. This new fad is now becoming the newest rehabilitation therapy today. It is used in patient therapy for those recovering from strokes, surgery, contact injuries, multiple sclerosis and more.

Physical rehabilitation therapy is standard in its use of bending and stretching repeated so many times over that it becomes not only painful for patients but after a course of time boring.

The games require total body movement in the patients which are most like the traditional rehabilitation exercises used however, patients become so absorbed in these games mentally they hardly notice the rigid movements.

Due to the fact the game system is a game format this creates competition within the patient. It may appear to be dull to be playing against a video character on the screen, patients actually give it their all to beat the character on the screen. With their attention span geared towards something else instead of a regular routine they tend to have better improvement.

Anka Dolecki, a company representative for Nintendo Corporation, states the company is delighted to see that people find this as an additional benefit for therapy. Please note not in any manner does the Nintendo Corporation promote their game system as possible use in physical therapy.

The most popular games used in rehabilitation consists of sports such as bowling, baseball, golf and tennis. Duplicating the same arm movements which are used in sports, players wave the wireless controller which directs the maneuvers of the characters on the screen.

In West Chicago, Hines Veterans Hospital had purchased the Wii for the spinal cord injury unit.

Walter Reed Medical Center in Northern Washington, D.C., notes that this type of therapy is suitable for patients who received injuries from combat in Iraq. The median age range is about 19 – 25 years old. Lt. Col. Stephanie Daugherty, chief occupational therapist at the hospital states that the patients are very addicted video gaming. They view it as entertainment but the staff knows its therapy.

It is very beneficial for occupational therapy, it aides patients in relearning daily living skills which include things such as brushing teeth and fastening clothing.

In Raleigh, North Carolina, WakeMed Health, has been utilizing Wii games for patients as young as nine and as old as through their eighties. According to therapist, Elizabeth Penny, they are improving strength, coordination and endurance while it is entertaining to the patients. It aides in loosening the body so it can function the proper way.

One patient at the hospital remarked not only is it fun to play with his grandchildren, it also aided him in regaining strengthen and feeling in his left arm following a stroke.

Wii therapy has been used in but not limited to the following in patients:

Many nursing homes and assisted living facilities have incorporated the use of Wii gaming system into their physical and occupational therapy programs.

One physical therapist notes that their facility uses the system with about six to ten patients on a regular routine for therapy. The residents are also free to use it just to relax anytime they wish.

It has shown improvements in their wrists and hands. It also aides movement in their arms and helps with balance and eye coordination.

In February, a study conducted in Canada had shown that patients of stroke who’s physical therapy consisted of Wii video games had much better improvement than patients who were treated with traditional physical therapy.

Dr. Gustavo Saposnik, director of the Strokes Outcome Research Unit at St. Michael’s Hospital at the University of Toronto, Canada, and head researcher of the study, states they had run a pilot study to see if it was a therapy which could be used and to make sure it was safe. The results had indicated it was both. It even proved to be more beneficial than regular routine therapy.

The study had concentrated on twenty stroke victims at the hospital, average age was 61 and all were recovering from mild to moderate ischemic (which is caused by vessel blockage) and hemorrhage strokes.

The patients were divided into two groups, one received traditional recreational therapy for impaired arms. The therapy consisted of things like card playing and Jenga game. The other group had Wii-based therapy either playing virtual tennis or cooking.

The Wii therapy had consisted of movements which duplicate arm strokes which are used in tennis or the strokes used in cutting potatoes and peeling onions.

Both therapies ran for eight sixty minute sessions over a span of two weeks. Both therapies were given within two months following their stroke. Which as defined by researchers as intensive.

The Wii therapy had shown a 30% more improvement than traditional therapy.

The Wii system has also demonstrated itself to be useful for patients with multiple sclerosis.

The Italian Multiple Sclerosis Society Rehabilitation Center in Genoa, Italy, conducted a study with 36 patients who had progressive MS. In the study, the Wii group had used the Wii gaming system’s floor balancing board which gives information on weight shift and posture balance. The other group received the regular therapy for balance disorder. There were 12 session which ran 60 minutes each session.

The Wii group had shown remarked improvement on primary outcomes based on the Berg Balance Scale. Remarked improvements were also seen in Modified Fatigue Impact Score, Ambulation Index and stabilometric recording under conditions of opened and closed eyes.

This new approach to therapy is now being called “Wiihabilitation” and is currently being used in senior assisted living centers, nursing homes, hospitals and rehabilitation therapists across the nation.

Paralysis no limit to determination