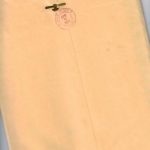 An article by Rob Stein on the front page of today’s Washington Post (May 20, 2011) announces a stunning breakthrough treatment for paralysis that has transformed the life of a man who was paralyzed in a car accident.  The successful experimental treatment involves electrical stimulation of his damaged spinal cord through implanted electrodes.  Scientists are still not exactly sure how it works, but it does.  For one individual reading this article, this breakthrough was very old news—more than 27 years old.

In the early 1980’s a researcher had performed similar experiments on rats.  He had designed and hand-built implantable microstimulators, using a simple electrical circuit powered by a watch battery.  Then he implanted the device into rats in which he had severed their nerves under anesthesia.  Immediately after the surgery was complete, he flipped a coin to determine whether to snip the wires to the electrodes rendering the device useless, or to leave them intact to stimulate the growing nerve fibers.

Several weeks later when he examined the nerves carefully with an electron microscope, the results were striking.  There was little if any nerve regeneration in the rats in which the stimulator had been disabled, but the nerves in rats that had been stimulated with the device showed remarkable healing.  Not only had the nerve fibers regenerated, new blood vessels had formed, infusing the tissue with nutrients, and the coating of electrical insulation (myelin) had re-formed around the nerve fibers.  This coating is critical for transmission of electrical impulses.  None of the control animals showed any myelin formation; only withered bare axon stubs and feeble naked sprouts.  But no one ever heard about it.

This story gives some insight into the question people often ask about why it takes so long to bring new discoveries in basic research to development of a practical medical treatment, and it exposes a perplexing dilemma.

All of this research over a quarter of a century ago was unfunded.  It was financed by the researcher’s personal cash, which was quite modest, because he was not a scientist with his own research lab.  He was a graduate student living on a modest stipend.  He wrote a draft of a scientific paper to announce the results of his independent experiments and hired a patent attorney to begin the process of developing a practical medical device.   A photo of the date-stamped envelope containing the patent application, experimental data, and the draft of the research paper, which he mailed to himself, is attached.

The young student may have demonstrated keen scientific insight into a problem that costs society enormously and brings much suffering to families and individuals, but when he shared his results with his professor, the student’s extraordinary naivety was revealed.  None of the research had been authorized.  The research had nothing to do with the funded research being conducted in the laboratory.  The university had not sanctioned the experiments.  The proper animal study protocols had not been submitted.  The student had committed an outrageous blunder.  He had violated several legal and ethical requirements for conducting scientific research through his ignorance and enthusiasm.  His major professor, legally responsible for assuring compliance with all regulations involving research in his lab felt betrayed and worried as he contemplated the serious consequences.  The professor could now face charges for having failed to adequately supervise his student to the extent that unauthorized experiments were being conducted in his lab.  The student’s academic career was over.

Seeing the error of his ways, the student stopped the patent application.  He turned over his experimental results and notes to his professor and wrote a sincere letter of apology to him and to the university and vowed not to pursue the research.  The transgression was forgiven and an important lesson was learned.  Everyone makes mistakes—especially when one is young and inexperienced.  Today he is all the wiser for the experience.

Now a successful scientist with his own laboratory, the researcher kept his vow not to pursue research on electrical stimulation for nerve regeneration.  His research over the ensuing decades on how electrical activity arising naturally in the brain guides the formation of connections between neurons and stimulates the formation of myelin on axons during development began to reveal specific molecular mechanisms that could explain in part how artificial electrical stimulation could promote healing of injured nerves.  He noted with interest over the years other researchers beginning to experiment with electrical stimulation for treating nerve injury, and that several of his more recent scientific papers were cited in patent applications by others.

There are no villains in this story, but the ending is unsatisfying.  27 years is a long time, especially for people suffering paralysis or other debilitating illnesses.  It was not the quality of the science or the motives of anyone that were faulty.  Rather, the abrupt halt to this promising research was the consequence of a well-intentioned system that assures proper conduct of research.  Therein lies the dilemma.  Scientific research must be carried out responsibly.  But the system in place to assure this outcome necessarily means that only research that is sanctioned, supervised, and funded, can be conducted.

History shows that it is often the young mind naively approaching a problem from a fresh perspective that results in the unlikely breakthrough.  But young people are the least equipped of any to exercise their novel ideas in scientific research.  Research that must be sanctioned by established leaders in the field may not be approved if it is unconventional.  Would the Pope have endorsed Galileo’s experiments?  Galileo could nevertheless perform his experiments with simple tools, but today science has grown so complex, the sophisticated and expensive tools and facilities necessary to perform scientific research are well beyond the capabilities of an individual.

Last night (before this story broke) a colleague of mine from France was a guest in my home for dinner.  He spoke with pride of the multi-million dollar new research center on brain and spinal cord research that he had spent the last three years working to establish in Paris.  He was justifiably proud of the accomplishment, but then he shared his impossible dream.  His wish was that he could equip a research institute with modern scientific equipment for the exclusive use of students.  “Why should people who are just learning their craft be further hampered by having no equipment or being forced to struggle with the poorest quality instruments?”  He lamented the educational system in France, which he likened to attending mass in which the students sat observantly “staring like cows” at the lecturer for enlightenment. My wife has, for the last 23 years, taught a neuroscience research class that dispenses with books and lectures, and replaces them with original scientific research conducted by students.  This involves interactions with working scientists, presentations at scientific meetings, and even publication in scientific journals.  The results of empowering students in this way have been impressive.  Many are now research scientists in the most prestigious universities in the country.  But the class will not be taught next year because of funding cuts, and instead students will take AP Biology classes where they will be indoctrinated with information required to pass the AP Biology exam.

When the former graduate student read the article in the Washington Post this morning he smiled.  He had been on the right track.  The promise of relieving the suffering of many people struggling from traumatic spinal cord and brain injury is on the horizon.  How do I know so much about this him?  He is the author of this article.

About the Author: R. Douglas Fields, Ph. D. is the Chief of the Nervous System Development and Plasticity Section at the National Institute of Child Health and Human Development and Adjunct Professor at the University of Maryland, College Park. Fields, who conducted postdoctoral research at Stanford University, Yale University, and the NIH, is Editor-in-Chief of the journal Neuron Glia Biology and member of the editorial board of several other journals in the field of neuroscience. He is the author of the new book The Other Brain (Simon and Schuster), about cells in the brain (glia) that do not communicate using electricity. His hobbies include building guitars, mountain climbing, and scuba diving. He lives in Silver Spring, Md.

The views expressed are those of the author and are not necessarily those of Scientific American.

Wheelchair rugby a family affair for mom and son