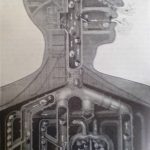 Until the last few decades, it was generally thought that damage to the spinal cord was permanent, as the nerves within our vertebrae stubbornly resist regrowing severed connections after injuries. But a number of studies have helped us understand why exactly it is that the nerves refuse to grow, raising the prospect that we could use this knowledge to intervene and help repair damage to the spine. In the latest indication that progress is being made in these efforts, researchers have used a combination of enzyme treatments and grafts to restore breathing activity in rats that had had their spinal connections completely severed.

Although spinal injuries can kill nerve cells at the site of damage, the bigger problem is that they sever the connections among nerves that are needed to relay messages within the spinal column and send them on to the brain. Once severed, these connections (formed by cellular structures called axons), tend not to regrow—at least not in the spine. But that’s not because axons are fundamentally opposed to regrowing, since they do re-establish connections in the periphery of the body, allowing feeling to return to skin that has been deadened by surgery, for example.

This has caused researchers to try to identify what’s different about the spinal cord that explains why its axons don’t behave like those in the periphery. A variety of molecules that inhibit axonal growth have been identified, as have a number that promote the growth of axons. The difference seems to be that the sheaths that contain peripheral nerves have a combination of molecules that promotes the growth of axons, while the spinal cord, especially one that has been injured, contains an environment that blocks their regrowth.

(You might ask why the spinal cord seems to be filled with these inhibitory molecules in the first place. The consensus seems to be that, once you have a functional set of connections in the spine, you want to lock it in place and stop it from undergoing any further rearrangements.)

These findings raise the prospect that we can help the spinal cord heal itself. Get rid of the inhibitors, add a few molecules that induce axons to grow, and connections could potentially be re-established across injuries. Preliminary work has been fairly promising, with some signs of a restoration of growth being apparent. But the regrowth has been limited, and certainly not substantial enough to re-establish connections that may need to extend several vertebrae beyond the site of an injury.

The new work provides an interesting variation on these approaches that appears to be fairly successful. The researchers used a model of a serious medical issue: a severed spinal cord in the cervical (neck) region, which is sufficient to block the connection between the brain and the nerves in the spinal cord that control the diaphragm. Once cut, breathing will stop. Working with rats, the researchers cut one side of the spinal cord in this area, which paralyzed the lungs on one side of the body. The remaining half was kept intact both to act as a control and to ensure that the rats lived long enough to work with.

To aid the process of regrowth, the authors injected enzymes that catalyze the destruction of some of the molecules that inhibit axon growth. That on its own was sufficient to start some local regrowth at the site of the injury, but wasn’t anywhere close to being enough to get axons to grow back to the site where the motorneurons that control the diaphragm reside, a few vertebra below the site of the injury. As a result, the best this treatment did was induce weak bursts of lung activity.

To give the axons a better chance of growing that far, the authors provided them a pathway that we know is conducive to their growth: a piece of a peripheral nerve. The nerve contains all the support cells, growth factors, and extracellular structures that nerves normally grow along. The authors grafted this piece of nerve with one end just above the site of injury, and the other placed at the site where the motorneurons originate. At the same time the graft was implanted, the authors added the same enzymes that destroy nerve growth inhibitors.

About nine weeks after the graft, the lungs began to show signs of activity, which grew stronger in the weeks that followed. By 12 weeks, the formerly paralyzed side of the lung was roughly as active as the side that had been left intact by the procedure.

To show that the graft was responsible, the authors demonstrate that axons have extended through it and that there were rearrangements in the sites where the graft terminated near the motorneurons that control the diaphragm. But, for the clearest demonstration that the graft was the key site for axonal regrowth, the authors simply cut that, too. For over an hour afterwards, the lungs showed increased activity but, by the end of a day, it was all gone; the lungs on that side of the body were paralyzed again.

It’s important to emphasize that this wasn’t a full spinal repair. Although lung function is pretty important, this doesn’t mean we’re at the point where we could expect to fully restore all functions after a break in the spinal cord. Even in this case, the researchers aren’t sure whether the circuits that formed after their procedure are the same as the ones that normally drive lung activity. At the same time, the authors didn’t try everything they could. We know of molecules that can help axons grow, but the authors didn’t use any of them. It’s possible they could have seen enhanced healing if these were used.

The use of a peripheral nerve could be a sticking point when it comes to developing this into therapies, but labs have already started working on synthetic substrates that support nerve growth. Hopefully, this lab and others will take what looks to be a promising approach and start trying to see just how many injuries could be improved with it.