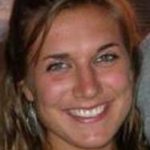 Sara Gallagher doesn’t take the fact she will step off an airplane on Friday for granted. Two months ago, that wasn’t possible.

On Aug. 6, the once-elite high school girls lacrosse player and daughter of Carthage coach Sue Gallagher was enjoying a summer afternoon in Croghan with friends when she hopped on the back of an all-terrain vehicle. She strapped on her helmet and the ATV took off on Trail S87C off Fish Creek Road.

At 2:40 p.m., according to state police reports, the ATV struck a rock, ejecting her and the driver, who was unhurt. Sara suffered brain trauma and spinal cord injuries. She was flown by helicopter to Upstate Medical University in Syracuse.

“I remember my parents being there,” Sara said. “(My memory) was pretty choppy for a few weeks after my surgery.”

Surgeons stemmed the paralysis and initially categorized Sara as “ASIA B,” meaning she could feel her legs but could not move them. Most of the damage done to her spinal cord was between the seventh and eighth thoracic vertebrae.

“Doctors always give you the worst news, when they say she may never walk again,” said Erin Gallagher, Sara’s sister. “It’s probably the worst thing any family can go through.”

After nearly two weeks recovering in Syracuse, the family chose to send Sara to Shepherd Center, an Atlanta-based rehabilitation center specializing in brain and spinal cord injuries. Sue accompanied her daughter on the trip, while Erin and their father, Steve, remained in Carthage.

Sara was a shell, seemingly emotionally disconnected from her friends and family, the day she left Syracuse. The vivacious young woman remained expressionless, even when saying goodbye to Erin.

“If you were to talk to Sara, you would think she was fine,” Erin said of the day Sara left for Atlanta. “It was the emotional part that wasn’t there yet. When she was leaving for Georgia, I was upset and emotional and she kind of looked at me and stared through me. She didn’t reassure me that everything was going to be OK. That was part of her brain injury.”

It was at the Shepherd Center when Sara began to realize how her life had changed. The 2005 Carthage graduate, who had led the Frontier League in scoring her senior year, had to accept that she might not walk again.

“The whole me not being able to move my legs didn’t kick in until after that,” she said. “I was really scared and anxious and didn’t even know where I was.”

Sue stayed by her daughter’s side, taking a leave from her position at the Carthage school district to be with Sara through her time at Shepherd Center. The family was inundated with well-wishes, flowers, donations, cards, e-mails and Facebook posts.

“I actually couldn’t believe the amount of support,” Sara said. “I didn’t realize that many people knew of me, the accident or even cared. They sent me everything — things to keep me optimistic through this whole thing.”

A twitch in Sara’s toe led to muscles firing in her legs. Walking, in time, became a goal, not a prayer.

“Every morning I woke up and sat there and stared at my toes and hoped they would move,” Sara said. “One morning, they did. I actually didn’t really believe it. I had to have a nurse vouch for me.”

Later that day, just under four weeks after the accident, Sara shifted her leg. Physical therapists restructured her rehabilitation and began preparing her to attempt to stand and even take a step.

“To see her move her leg for the first time was a very emotional time for myself and for her,” Sue said. “I think in the back of our heads we were praying and hoping that would happen. (But) I was preparing myself for the reality that she might not be able to do that again.”

Slowly, Sara’s strength in her legs grew and, with the help of three therapists and a walker, she stood and took her first steps. Sue, video camera in hand, documented the event.

“You’re very overwhelmed emotionally with it,” Sue said. “Taking her first step walking, you forget how tall she is. She’s been in a wheelchair or bed and all of a sudden to see her stand and see her take her first few steps was something.”

Sara was moved to a residential outpatient facility, still within the Shepherd Center, where she cohabited with other brain and spinal cord injury patients. She realized there that her progress is remarkable.

“I feel like I am one of the very fortunate ones as it is because at Shepherd there are so many people that have the same type of injuries who are not doing as well — or nearly as well — as I am,” she said. “I don’t have time to feel sorry for myself because I know it could always be worse.”

Sara, a high school All-American and lacrosse standout for Jefferson Community College, will continue to rehab at her parents’ home after she returns on Friday. She is allowed to use a walker to move anywhere inside the house. She can even go outside, on level ground, for short distances. She can do all of this independently, without the aid of a therapist.

Sara, though, has a new set of personal goals.

“I would love to be able to run again,” she said. “That would definitely be the highlight of my life.”

Fight isn’t over, but polio on brink of eradication