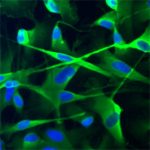 The new approach, currently being studied by the FDA for phase I trials, avoids the problems of immunological rejection and the controversy around the use of embryonic stem cells

ROCKVILLE, Md.—A new experiment aimed at achieving actor Christopher Reeve​’s dream of finding an effective treatment for spinal paralysis was announced this week at an international meeting of scientists and people with spinal cord injury sponsored by the United 2 Fight Paralysis Foundation. The approach, which already is shown to be promising in animals and avoids the need for patients to take immunosuppressive drugs, has not yet been proved effective in humans. Nonetheless, patients are excited to see this advance as they have been frustrated waiting for the first human trials of the new approach.

W. Dalton Dietrich, scientific director of The Miami Project to Cure Paralysis at the University of Miami Miller School of Medicine, announced here that his research team has submitted an application to the U.S. Food and Drug Administration (FDA) for permission to begin new “phase I” experiments on humans to treat paralysis using the new cell transplantation technique. (Phase I trials have nothing to do with efficacy. They are only to test safety and typically a nontherapeutic dose is used at the outset of the safety studies.) With the new technique, rather than using cells derived from embryonic stem cells, the patient’s own mature cells are harvested from a nerve in the leg and grown in large numbers in the laboratory, then transplanted back into the injured spinal cord to repair damage. This approach avoids the problems of immunological rejection and the controversy that can arise from using cells derived from embryonic stem cells for treating neurological injury and disease. Typically, patients receiving an organ or tissue transplant from a donor must be given immunosupressant drugs to prevent their immune systems from attacking the foreign tissue.

The cells being used for transplantation are Schwann cells, a type of non-neuronal cell (glia) that protects and insulates nerve fibers running through the body’s limbs and trunk. Schwann cells also support the repair of damaged neurons; they provide vital proteins that protect nerve cells after injury, coax new nerve sprouts (axons) to grow and reconnect with the proper structures, and wrap electrical insulation, myelin, around the fibers, which is essential for axons to conduct electrical impulses. Unlike damage to the spinal cord, an injured nerve in the body can repair itself.

Schwann cells are not present in the brain and spinal cord. Instead, a different cell called an oligodendrocyte forms the myelin insulation. This century-old observation was an important clue in answering the question of why a damaged nerve in the body’s peripheral nervous system heals over time, but a damaged axon in the brain or spinal cord (central nervous system, or CNS) does not. Research transplanting Schwann cells into the damaged brain and spinal cord of experimental animals in the 1980s showed that neurons in the CNS could grow and repair damaged connections if Schwann cells were transplanted to support and guide them. This finding has been replicated in numerous studies in a wide range of animals. The cellular environment in the central nervous system is the reason that spinal cord injury results in permanent paralysis, not a weakness of the neurons themselves in recovering from damage.

“This is great news—very exciting,” says Martin Codyre, of Greystones, Ireland, “but I am frustrated because this [experiments in humans] should have happened 15 years ago.” Codyre, who suffered a broken neck in a fall three years ago, has educated himself on the neuroscience of spinal cord injury and become an advocate for research to find a cure. “People in wheelchairs are going all over the world to get things [transplants] done in places like China, without knowing what they are getting—it’s risky,” he says, criticizing the slow pace of bringing research on experimental animals to experiments in humans. “People are desperate. They are dying in their chairs.” There are no cell transplantation therapies approved for treating patients for spinal cord injuries, but phase I trials were approved recently by the FDA to permit a biotech company, Geron Corp., to begin testing the safety of transplanting cells derived from embryonic stem cells (oligodendrocyte progenitor cells) into spinal cord injury patients last October. Transplantation of a different type of cell into the spinal cord that is derived from embryonic stem cells is being tested by Neuralstem, Inc. for safety in treating patients with amyotrophic lateral sclerosis (ALS). Safety concerns are greater with stem cell-based therapy, because unlike a drug, foreign cells transplanted into a patient’s body cannot be removed, and some fear the possibility that they could form tumors.

Even with the option of transplanting cells derived from embryonic stem cells now under investigation for safety, the treatment horizon for people who are paralyzed has been bleak. Some patients are reluctant to consider stem-cell based transplantation to treat their paralysis because of the possible risks. Paralysis often prevents people from breathing and voiding urine normally, making them more susceptible to respiratory and urinary infections and thereby increasing the need to rely on antibiotics. “I would be concerned about immune suppression,” says Jean-Guy Niquet, of Montreal, who has been paralyzed for 28 years. “UTI’s (urinary tract infections) can be life-threatening for us.” No immunosuppressive drugs would be required for Schwann cell transplants, because the cells are from the patient’s own body.

At this point, human studies are needed to answer the question of safety of both Schwann cell and embryonic stem cell-derived transplants into the spinal cord before undertaking studies of efficacy. Joseph Gold, senior director of neurobiology and cell therapies at Geron, and Richard Garr, CEO and director of Neuralstem, Inc, each using different types of embryonic stem cell-based therapies for spinal cord transplantation, reported at the same meeting that results thus far show that immunological suppression can be managed without any complications. The approaches of both companies are very effective in laboratory animals, and the use of embryonic stem cells for curing disease is becoming more widely accepted on ethical grounds.

Other researchers and patients at the meeting expressed frustration that it has taken so long to begin studies using the Schwann cell transplantation approach in humans, because the technique is backed by years of research on experimental animals showing that it is effective in restoring sensory and motor function.