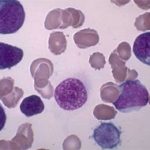 Washington: Scientists have for the first time transformed stem cells from umbilical cords into other types of cells, which may have several therapeutic applications for spinal cord injuries and multiple sclerosis, among other nervous system diseases.

The breakthrough could come as a favourable alternative to embryonic stem cells.

“This is the first time this has been done with non-embryonic stem cells,” said James Hickman, a University of Central Florida bioengineer and leader of the research group.

“We’re very excited about where this could lead because it overcomes many of the obstacles present with embryonic stem cells.”

Stem cells from umbilical cords do not pose an ethical dilemma because the cells come from a source that would otherwise be discarded.

Another major benefit is that umbilical cells generally have not been found to cause immune reactions, which would simplify their potential use in medical treatments.

The main challenge in working with stem cells is figuring out the chemical or other triggers that will convince them to convert into a desired cell type.

When the new paper`s lead author, Hedvika Davis, a postdoctoral researcher in Hickman’s lab, set out to transform umbilical stem cells into oligodendrocytes – critical structural cells that insulate nerves in the brain and spinal cord – she looked for clues from past research.

Davis learned that other research groups had found components on oligodendrocytes that bind with the hormone norephinephrine, suggesting the cells normally interact with this chemical and that it might be one of the factors that stimulates their production. So, she decided this would be a good starting point.

In early tests, she found that norepinephrine, along with other stem cell growth promoters, caused the umbilical stem cells to convert, or differentiate, into oligodendrocytes. However, that conversion only went so far. The cells grew but then stopped short of reaching a level similar to what’s found in the human nervous system.

Davis decided that, in addition to chemistry, the physical environment might be critical.

To more closely approximate the physical restrictions cells face in the body, Davis set up a more confined, three-dimensional environment, growing cells on top of a microscope slide, but with a glass slide above them. Only after making this change, and while still providing the norephinphrine and other chemicals would the cells fully mature into oligodendrocytes.

“We realized that the stem cells are very sensitive to environmental conditions,” Davis said.

This growth of oligodendrocytes, while crucial, is only a first step to potential medical treatments. There are two main options the group hopes to pursue through further research. The first is that the cells could be injected into the body at the point of a spinal cord injury to promote repair.

Another intriguing possibility for the Hickman team’s work relates to multiple sclerosis and similar conditions.

“Multiple sclerosis is one of the holy grails for this kind of research,” Hickman added.

The study has been recently published in the journal ACS C.