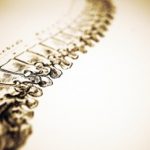 On the final day of the Winter Paralympics in Vancouver, British Columbia (BC), Premier Gordon Cambell told the press that BC would give $25 million to spinal cord injury research. Rick Hansen, a Canadian paraplegic athlete started an initiative to raise $200 million for spinal cord research. The Canadian Prime Minister Stephen Harper said that in addition to BC’s contribution, Ottawa would donate $13.5 million more to the Hansen Foundation over the next 3 years.

A previous fundraising drive – the Man in Motion Tour – in which Hansen traveled the world in his wheelchair generated $26 million for spinal cord research. The 25 year anniversary of the tour coincided with the closing day of the Paralympic Games. Over the past 25 years, Hansen has raised over $200 million.

In his most recent efforts, Hansen aims at raising $200 million more. He plans to accomplish this massive goal through the Rick Hansen Institute, which was unveiled a week ago at the close of the Paralympics. The Foundation is “directed towards formalizing research centers, connecting people from all across the globe and helping them make significant contributions towards research and care regarding spinal cord,” a Top News article reported.

Hansen has plans to revisit at least some of the more than 30 countries he toured on his Man in Motion tour 25 years ago, an All Headline News article said. He will conclude his most recent journeys with a tour through Canada in 2012. Hansen’s efforts have helped to improve the Paralympics for all participants and to inspire those with spinal cord injuries, brain injuries, and other disabilities to never give up on their dreams. Not everyone will become an Olympic or Paralympic athlete. However, those who do shine as athletes have provided inspiration and motivation for people of all abilities toward achieving their most treasured goals.

The 2010 Paralympics was a perfect platform to draw attention to Hansen’s fundraising goals. Prime Minister Harper said, “Throughout the Games, athletes with physical disabilities showed the world what they can do, and this $25 million will help others with disabilities succeed against the odds,” the Top News article added. Harper added, “We are proud to support the work of someone like Rick, who has devoted his life to challenging preconceptions about what those with spinal-cord injuries can achieve,” according to a British Columbia Globe and Mail article.

BC Premier Gordon Campbell said of Hansen, “He reminds people that whatever we decide we want to do and we dream we can do, we should pursue that dream regardless of the obstacles, keep at it,” the Globe and Mail article said. In some ways, this year’s Paralympic games represented an attainment of some of Hansen’s dreams. This year, the Olympic organizers pledged to treat the Paralympics with as much dignity and respect as the Olympics. The medals awarded this year were made with the same quality for both events, a Times Colonist article reported. On February 12, Hansen carried the Olympic torch into the opening ceremonies of the regular Games.

Congratulations to all of the Paralympic athletes for making the Winter 2010 Games a wild success, not only for the individuals who took home medals and fulfilled life-long dreams of competing among the best athletes in the world, but also for spinal cord injury patients everywhere who are counting on the research being funded by Hansen’s efforts. While efforts to reverse the effects of spinal cord injury, Hansen demonstrates beyond any doubt that dreams do come true, no matter what ability level you start with.