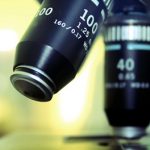 VANCOUVER — Marni Abbott-Peter has won three gold medals over years of playing basketball around the globe.

It wasn’t until she got out of the game that she realized keeping her heart in good shape would feel like jumping through hoops.

The 46-year-old retired Paralympic athlete has used a wheelchair since crushing her spine in a downhill skiing accident at age 18.

She says her life, and many others with similar injuries, will be positively impacted by a $1.9 million research grant accepted on Friday by researchers to study the effects of exercise in people living with spinal cord injuries.

“I’ve been living with a spinal cord injury for 30 years, so for me, the spinal chord research that’s based on finding a cure is not important to me now,” she said in an interview after the federal health minister announced the funds in Vancouver.

Some 40,000 people in Canada have spinal cord injuries. Heart disease is their No. 1 killer, said Dr. Andrei Krassioukov, who will lead a team of 20 scientists, clinicians and health-care advocates in examining the best ways to shrink the number of fatalities.

The doctor is a principal investigator at the ICORD spinal injury centre, which is supported by the University of British Columbia and Vancouver Coastal Health.

The five-year project, funded by the Canadian Institutes of Health Research, will design practical solutions for people with such injuries to improve their health.

For example, it will clinically test the impact of specific kinds of exercises, such as body weight support training on a tread mill and arm cycling. From there, the team may be able to tailor-make an exercise regime for those who are injured.

“Cardiovascular disease (is) occurring in people with spinal cord injuries at a young age and at higher rates than able-bodied individuals. It’s a disaster,” Krassioukov said. “There are obviously reasons for this.”

Krassioukov led a major study of athletes during the 2010 Vancouver Paralympic Games, and as part of the new study, he will head to London for the 2012 Summer Games to conduct further research.

Over a two-week time frame, his team will meet with paralympic athletes from around the world in an attempt to probe one particularly risky practice at the behest of the International Olympic Committee.

Krassioukov said some athletes with spinal cord injuries have discovered they can boost their competitive advantage by creating a spike in their own blood pressure before getting on the field.

Because spinal cord injuries are typically accompanied by low arterial blood pressure, some athletes will drink extra water before competition and then avoid going to the toilet. The result is a jump in blood pressure, and that kicks some extra energy into their body.

The practice of inducing what’s called “autonomic dysreflexia” is prohibited at the Olympics, and can be life-threatening, Krassioukov said.

People who do so can suffer a stroke, bleeding in the brain or a heart attack, and ultimately it can lead to death.

“(It’s) very dangerous,” Krassioukov said. “But unfortunately this is a reality in the sport.”

Abbott-Peter hasn’t been training on the courts for seven years now. She said that without that goal of winning and a team to support her, it’s been easy to neglect her fitness.

Her energy level is not what it once was, and she has also gained weight. She said the study’s aim of getting out word about the importance of exercise will be valuable for people with spinal chord injuries.

“I think people with (injuries) are going to be really surprised when they hear some of the statistics.”

Specialized therapy center is at the heart of foundation’s work