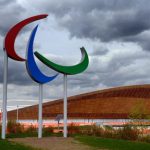 There is no evidence British Paralympians are involved in the banned practice of artificially “boosting” blood pressure to improve performance, officials said following claims that up to 30% of those athletes with spinal damage may be doing it.

A BBC World Service documentary, Cheating at the Paralympics, that aired on Thursday night, suggested the practice – banned by the International Paralympic Committee since 1994 – remains widespread.

The condition can be triggered naturally by injury or even sunburn, but can also be induced artificially and can improve performance by up to 10%.

According to the documentary, common pain stimuli used to induce the condition include deliberately breaking small bones, sitting on a pin, using tight leg straps, overfilling the bladder by clamping a catheter or twisting the scrotum.

The IPC said those events in which competitors could benefit from boosting – the T52 wheelchair races and hand cycling races in which athletes with high spinal cord injuries participate – were carefully monitored.

In Beijing, it said, 37 blood pressure tests were carried out and no evidence of boosting was found.

If an athlete’s blood pressure was found to be too high they could be barred from competition on medical grounds, but it was not appropriate to sanction them further because the condition could be naturally occurring.

ParalympicsGB chef de mission Craig Hunter said all its 287 athletes, around 60 of whom have now moved into the Paralympic Village, had been through an education programme that included the dangers of boosting.

“We have an educational programme with our athletes, which goes across all aspects of their preparation. Our athletes are fully aware that we do not encourage boosting in any way, shape or form and of the potential impact of being caught boosting,” said Hunter.

“We know there will be monitoring going on during the Games, that’s very much in the hands of the IPC. The athletes are very aware and we are not aware of any issues on our team.”

An IPC spokesman pointed out that Brad Zdanivsky, a 36-year-old Canadian interviewed by the programme, was a mountain climber and not a Paralympian.

The BBC also spoke to Dr Andrei Krassioukov, an associate professor at the University of British Columbia and an experienced researcher into spinal injuries, who claimed up to 30% of athletes could be boosting in a bid to replicate the effect of exercise in non-paraplegic athletes.

But the IPC spokesman said that while it was taken seriously, it was important not to overstate the prevalence of boosting.

Hunter said the overall mood in the ParalympicsGB camp was “one of extreme anticipation and excitement”.

The archery, football and shooting teams have already moved into the Paralympic Village. The full complement of 287 athletes, plus 13 guides and pilots, and 300 support staff will be in place by the Opening Ceremony on Wednesday.”

As each athlete moved into the Village, Hunter said that they had been shown a montage of highlights from the Olympics.

‘We have just come off the back of the most amazing Olympic Games and that has inspired our team. The ability to use those inspirational moments to help them has been quite key,” said Hunter, who praised the facilities in the Village as “spectacular”.

The apartments were designed to transition as seamlessly as possible between the Olympics and the Paralympics, although Hunter said the incoming athletes had brought with them secret weapons in the form of matress toppers and extra pillows to guarantee a good night’s sleep.

Between a third and half of the British Paralympians are expected to take part in Wednesday’s opening ceremony, with those who are competing shortly afterwards or would find it detrimental to their performance declining to do so.

ParalympicsGB had been “concerned” at initial plans under which athletes were to have made their own way to the stadium for the opening ceremony, so transport has now been provided.

Hunter said the target of second place in the medal table, with at least 103 medals across at least 12 sports, was “challenging but achievable”.

“Team GB did us proud and ParalympicsGB want to equally do us proud.

One of the challenges around Paralympic sport is that the competition programme is not as sophisticated yet. It’s more challenging [to predict]. The levels of interest and investment are emerging in other nations,” he said.

Locog said that 100,000 Olympic Park tickets put on sale on Wednesday had sold out within 24 hours, taking the total number of Paralympic tickets sold to a record 2.4m. A final 200,000 are expected to come onto the market as venue configurations are finalised. The London Games is expected to be the first to sell out.