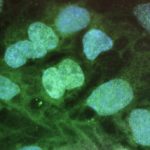 When a Swiss-based researcher announced this month he had achieved some improvement in profoundly paralyzed spinal-cord-injury patients with an injection of stem cells, he generated headlines worldwide. Dr. Armin Curt’s findings were the first evidence from actual humans — though far from conclusive — that the much-hyped stem-cell concept might work in paraplegic and quadriplegic patients.

What went unsaid was that the breakthrough could have taken place in Canada.

Dr. Curt, then working in Vancouver, and Dr. Michael Fehlings, a Toronto-based leader in the field, had earlier proposed that the clinical trial be conducted here. Federal regulators, however, are essentially standing in the way of studying stem-cell treatments on spinal-cord patients, insisting that promising results achieved in rats and mice be first replicated in monkeys or apes, the two researchers say.

Such non-human primate studies would be “extraordinarily” costly, highly time-consuming and ethically challenging, said Dr. Fehlings, medical director of the Krembil Neuroscience Centre at Toronto Western Hospital. And he said little would be gained by conducting them.

“It probably would have delayed the field by another 10 years,” said the neurosurgeon. “When you think about a condition as serious and life-threatening and damaging as spinal cord injury … is that a reasonable bar, or is that setting the bar at a level that is not appropriate?”

Canada appears to have set itself apart from regulators in Europe and the United States, who have recently approved human stem-cell trials without primate studies first, said Dr. Fehlings.

He said he does not want to put Health Canada on the hot seat but would like to see the various international jurisdictions jointly hammer out guidelines that help human study move ahead quickly.

The need is urgent, especially since many patients from Canada and elsewhere are spending large sums and facing real danger by seeking out dubious stem-cell treatments in places like China, he said.

Indeed, some other researchers say that more study in larger mammals — though not necessarily primates— is needed before moving to extremely costly and potentially hazardous experiments on people.

Other areas of brain science offer cautionary tales about acting on a limited number of seemingly exciting rodent studies, said Dr. Brian Kwon, an orthopedics professor at the University of British Columbia who specializes in spinal-cord injury.

“Look at our colleagues that do stroke research: They’ve had thousands of ‘promising’ treatments. Hundreds have gone into clinical [human] trials — and none of them have worked,” he said. “We don’t want to be at their stage 20 years from now.”

Surveys Dr. Kwon has conducted suggest a majority of researchers in the field and patients actually favour studies in larger mammals first.

Using stem cells in so-called regenerative medicine is one of the most talked-about and potentially ground-breaking medical-science pursuits. The cells have the ability to transform into any other type of cell, raising the prospect of rebuilding tissue damaged by injury or illness, whether it be in a failing heart, a diabetic pancreas or severed spine.

It is an especially compelling field for spinal-cord-injury patients — including an estimated 86,000 Canadians — whose devastating condition is largely untreatable.

Yet so far, no stem-cell regenerative therapy has been proven effective in humans. A much-publicized trial on spinal-cord patients by the U.S.-based Geron stopped short last year when the company said it could not afford to finish the study.

Despite those setbacks, a number of rodent studies has suggested stem-cell transplants can improve the lot of paralyzed patients, and offer all the groundwork needed to move to human experiments, argued Dr. Fehlings, whose own lab has been at the forefront of the field.

Dr. Curt said he left Canada for Switzerland’s Balgrist University Hospital after four years at the University of British Columbia partly because of the government’s request that such trials be duplicated in primates.

“I want to do meaningful research and I want to eventually go from pre-clinical studies to patients. If the regulators are so rigid or whatever, this has an impact,” he said in an interview from Zurich. “It is a challenge and an additional kind of burden to the stem-cell researchers in Canada … There is such a roadblock.”

The first phase of the trial he began last year in Switzerland involved three patients with “complete” spinal-cord injury, for whom it was thought stem cells would have little if any benefit. The study was designed to gauge the safety of the treatment, but two of the three patients did unexpectedly experience measurable — if modest — improvements, regaining some feeling on paralyzed parts of their torsos. Dr. Curt warned it is far too early, though, to conclude whether the treatment will ultimately prove useful.

Dr. Kwon said he is not sure that studying stem cells in primates is necessary to ensure the safety or effectiveness of stem-cell treatments, and acknowledged they are hard animals to obtain for research and expensive to study: probably about $100,000 per animal. But he suggested that it would be prudent to do experiments in larger mammals like pigs, sheep or goats, which have spinal cords closer in size to humans and are much more readily available than apes and monkeys.

Living with a Spinal Cord Injury: Neurologic Changes After Injury