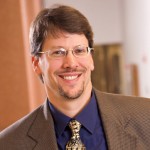 COLUMBUS, Ohio – In a new study, researchers at The Center for Brain and Spinal Cord Repair at The Ohio State University Wexner Medical Center show that is possible to restore immune function in spinal injured mice.

People with spinal cord injury often are immune compromised, which makes them more susceptible to infections. Why these people become immune-suppressed is not known, but the Ohio State study found that a disorder called autonomic dysreflexia can cause immune suppression.

Autonomic dysreflexia is a potentially dangerous complication of high-level spinal cord injury characterized by exaggerated activation of spinal autonomic (sympathetic) reflexes. This can cause an abrupt onset of excessively high blood pressure that can cause pulmonary embolism, stroke and in severe cases, death.

“Our research offers an explanation for why people with spinal cord injuries develop a condition referred to as ‘central immune depression syndrome.’ Their immune systems, which are required to fight off infection, are suppressed due to damage or malfunction in regions of the spinal cord that help control immune function,” said principal investigator Phillip G. Popovich, Ph.D., Professor of Neuroscience in Ohio State’s College of Medicine and Director of Ohio State’s Center for Brain and Spinal Cord Repair.

The study is published in The Journal of Neuroscience.

They also found that simple, everyday occurrences that activate normal spinal autonomic reflexes, such as having bowel movements or emptying the bladder, become hyperactive and suppress immune function in people with spinal cord injury.

In the study, Popovich and colleagues were able to restore immune function in mice with spinal cord injuries using drugs that inhibit norepinephrine and glucocorticoids, immune modulatory hormones that are produced during the onset and progression of AD. They also observed in a patient with a high-level spinal cord injury that briefly inducing autonomic dysreflexia impaired immune function, confirming that their findings in mice have relevance to humans.

“Although we don’t know how to fix this yet, we also show that it is possible to restore immune function in spinal injured mice,” Popovich said. “After spinal cord injury, the ability of the spinal cord to control the immune system is impaired. As result, these individuals become susceptible to infection, and often die from these infections. For those that survive, the infections can impair what little function they have left after the spinal cord injury.”

Ohio State’s Center for Brain and Spinal Cord Repair is an interdisciplinary collaboration of basic and clinical scientists working to promote recovery and repair and to discover new treatments for individuals who suffer from brain or spinal cord injuries.

This research was supported by the National Institutes of Health (R21 NS067260) and the Ray W. Poppleton Endowment.