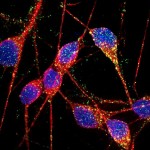 Philanthropist Denny Sanford is donating $100 million to UC San Diego to speed up attempts to turn discoveries about human stem cells into drugs and therapies to treat everything from cancer and Alzheimer’s disease to spinal-cord injuries and weak hearts.

The gift from the South Dakota businessman, who has a home in La Jolla, is the second largest in campus history — exceeded only by the $110 million donation that Qualcomm cofounder Irwin Jacobs contributed to help the University of California San Diego become a power in engineering. Sanford’s donation is also among the 15 largest gifts nationwide this year, and it pushes him past $1 billion in lifetime giving.

The $100 million donation represents the core of a larger $275 million effort by UC San Diego to create some of the first clinical trials based on human stem cells, which can develop into many different types of cells, including some that can help repair tissues and organs. The newly created Sanford Stem Cell Clinical Center will enable the school to hire 20 to 25 scientists and recruit patients for drug trials.

“It is time to move stem cell research from animals into humans for trials, especially in areas like ALS (Lou Gehrig’s disease) and spinal cord injuries, where I believe we can make a lot of progress” said Sanford, 77, a billionaire who amassed a fortune as the owner of major credit-card companies.

“There’s a unique opportunity to do that here because we have a great university — UCSD — working with four other participants: the Salk Institute, The Scripps Research Institute, Sanford Burnham Medical Research Institute and the La Jolla Institute for Allergy & Immunology. There’s nothing like this anywhere else.”

Sanford has vowed to give away all of his money before he dies. His benefactors include Sanford Burnham, which received $70 million. He also donated $30 million toward construction of the nearby Sanford Consortium for Regenerative Medicine, a focal point of California’s $3 billion stem cell initiative.

The latest gift evolved from conversations Sanford had on his porch in La Jolla with Larry Goldstein, director of the UC San Diego Stem Cell Program.

“(Patients) desperately need us to speed up what we’re doing, and Mr. Sanford’s gift is going to accomplish that,” Goldstein said. “We need to do experiments on people. We’re not just big mice. … This center will set up the pipeline, set up the methods, help us recruit patients and begin testing.”

Scientists are’t close to being able to routinely and broadly treat disease and injury with findings based on studies of human and mouse stem cells.

“We’re still in the research stage,” said Paul Viviano, chief executive officer of the UC San Diego Health System. “This $275 million effort is meant to accelerate research, pushing things toward clinical trials in one of the most promising areas of science.”

The money will help people like Goldstein, who used stem cells to create functional Alzheimer’s disease neurons in a petri dish. The neurons will be central in efforts to develop and screen potential medications.

The new Sanford-backed project will complement clinical trials UC San Diego is running at Moores Cancer Center that focus on blood diseases, including leukemia. The university has already used neural stem cells to restore some movement in rats with spinal-cord injuries.

Sanford’s $100 million donation symbolizes the huge investments being made worldwide in a bid to figure out the nature and behavior of stem cells, and then harvesting that knowledge to try to develop drugs and therapies. There has been particular attention paid to human embryonic stem cells, which can become any type of cell in the body.

Interest in the field exploded in 1998 when researchers in Wisconsin announced that they had created the first human embryonic stem cells derived from early stage embryos. Scientists more clearly saw the possibility of reprogramming these cells for therapeutic purposes.

California emerged as a leader in the field in late 2004 when voters approved Proposition 71, which devotes $3 billion in public funds for stem cell research. The initiative has supercharged science in San Diego County; local institutions have received more than $310 million from the measure.

The stem cell programs at UC San Diego are meant to help people like Catherine Rodriquez of Ocean Beach, a retired teacher who has Parkinson’s disease.

“When you have a neurodegenerative disease for which there is no cure, hope is what you live for. And this work gives people hope,” Rodriquez said.

Sanford said medicine and health care have been the main focus of his philanthropy because they have “the biggest impact on people’s lives. … I like to create new initiatives. It’s what I do best, and I have the wherewithal to do it. And I’ve gotten great input from scientists in setting up a stem cell center that will have clear milestones. I don’t see this happening anywhere else.”

He also emphasizes that he’s serious about giving away all of his fortune, saying: “I coined the phrase, ‘I aspire to inspire before I expire.’”

Scientists May Have Discovered How Spinal Injuries Are Repaired On a...