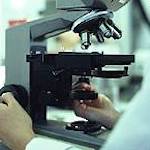 THURSDAY, Aug. 7, 2014 (HealthDay News) — In a step toward using stem cells to treat paralysis, scientists were able to use cells from an elderly man’s skin to regrow nerve connections in rats with damaged spinal cords.

Reporting in the Aug. 7 online issue of Neuron, researchers say the human stem cells triggered the growth of numerous axons — the fibers that extend from the body of a neuron (nerve cell) to send electrical impulses to other cells.

Some axons even reached the animals’ brains, according to the team led by Dr. Mark Tuszynski, a professor of neurosciences at the University of California, San Diego.

“This degree of growth in axons has not been appreciated before,” Tuszynski said. But he cautioned that there is still much to be learned about how the new nerve fibers behave in laboratory animals.

“Too much axon growth into the wrong places would be a bad thing,” Tuszynski said.

For years, researchers have studied the potential for stem cells to restore functioning nerve connections in people with spinal cord injuries. Stem cells are primitive cells that have the capacity to develop into various types of body tissue. Stem cells can come from embryos or be generated from cells taken from a person.

Those stem cells were then used to create primitive neurons, which the researchers embedded into a special scaffold created with the help of proteins called growth factors. From there, the human neurons were grafted into lab rats with spinal cord injuries.

Over several months, the animals showed new, mature neurons and extensive growth in the cells’ axons. The fibers grew through the injury-related scar tissue in the animals’ spinal cords and connected with resident rat neurons.

“One of the big obstacles [in this type of research] is this area of scarring in the spinal cord. Getting neurons to traverse it is a real challenge,” said Langer, who was not involved in the research.

“The beauty of this study,” he said, “is that they got the neurons to survive and traverse the scar.”

But Langer cautioned that this is just a preliminary step. He said the “huge questions” are whether these axons can make appropriate connections and actually restore function to spine-damaged lab animals.

“It’s not just a matter of having the cables,” Langer said. “The wiring has to work.”

And if this stem cell approach does pan out in animals, Langer added, it would all have to be translated to humans.

“We have a long way to go until we’re there,” he said. “It’s not that people shouldn’t have hope. But it should be a realistic hope.”

“We still have a lot to learn,” he said. “We want to be very sure these axons don’t make inappropriate connections. And we need to see if the new connections formed by these axons are stable.”

Ideally, Tuszynski added, if stem cells were to be used in treating spinal cord injuries, they’d be generated as they were in this study — by creating them from a patient’s own cells. That way, he explained, patients would not need immune-suppressing drugs afterward.

The Christopher and Dana Reeve Foundation has more on stem cell research.

Performing Artist Jaehn Clare To Give Concert And Workshops