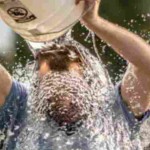 Unless you live under a rock (or aren’t on Facebook or Twitter), you’ve probably heard of the ALS Ice Bucket Challenge. Yes, all those people bombing your newsfeed by posting videos of themselves getting a bucket of ice water dumped on them are actually doing it for a specific charitable and good cause.

Amyotrophic lateral sclerosis (ALS) is a gradual neurodegenerative disease that affects brain and spinal cord nerve cells. The progressive degeneration of the motor neurons from the brain to the spinal cord and the spinal cord to the body’s muscles ultimately lead to the neurons dying.

ALS is often referred to as “Lou Gehrig’s Disease” for baseball player Lou Gehrig who announced his diagnosis in 1939 when he made his goodbye speech to fans as his body was quickly failing him due to the disease. Gehrig died less than two years later, as ALS generally proves fatal within two to five years from the time of diagnosis.

The ALS Ice Bucket Challenge is actually twofold: its goal first and foremost is to raise money for research. Currently, around 30,000 Americans have the disease and ALS has no known cure.

Secondly, the challenge is about raising awareness. Millions of people (roughly half of Americans) had never heard of Lou Gehrig’s disease before the challenge, and due to the publicity for it, now know about ALS and are donating money to hopefully fund research towards a cure.

The Ice Bucket Challenge started last month and went viral, with various celebrities, athletes, political officials, and regular people accepting the challenge. From Bill Gates to Justin Timberlake to LeBron James to Taylor Swift, millions of people around the world have either dumped the bucket of ice water, made a donation, or both.

Critics of the challenge have called it “slacktivism” and have questioned how dumping a bucket of ice water on your head helps fund ALS research or really accomplishes much of anything.

Many participants also fail to talk about ALS or the real reason behind the challenge at all in the video. Some of the videos also show ALS Ice Bucket Challenge Fails, in that something goes awry while taking the challenge, like the bucket or other ice water-holder falling onto the participant, the participant slipping, etc.

However, ultimately the challenge is doing a lot more good than harm, with many participants stating that in addition to accepting the challenge, they are also donating money to an ALS organization.

As of August 25, the ALS association had raised $79.7 million since July 29 to combat the disease and the money has come from over 1.7 million donors. Last year, during that same period, the group raised only $2.5 million while in all of 2013, the organization only raised $64 million.

The rules of the challenge are that you have 24 hours once challenged to record a one-shot video of yourself stating you’ve accepted the challenge and then must pour ice into a bucket of water. The bucket is then elevated and dumped over the participant’s head. After completing the challenge, the participant then announces their nominations — friends, family members, famous people, etc. — for the challenge.

The New York Times reported that people shared more than 1.2 million ice bucket challenge videos on Facebook between the beginning of June and August 13 and the viral phenomenon was mentioned more than 2.2 million times on Twitter between the end of July and mid-August.

But how did the ALS ice bucket challenge come to be and why now? The inspiration lies with Pete Frates, 29, of Beverly, Massachusetts.

Frates, a former Boston College baseball player, was diagnosed with the disease in March of 2012 and reportedly came up with the idea based on a post-game ritual. Frates is no longer able to move his arms or legs, relies on a feeding tube, and has also lost the ability to talk as he is in the advanced stages of ALS.

Last December in a video, Frates said: “The story right now goes: You get ALS, have it for a little while, a long while, but either way, the end is always the same. ALS always wins. So in order to rewrite the end of it, we need to raise awareness, money.”

Despite the disease’s toll on Frates’ body, his voice and message are being heard around the world today as people are working to rewrite the end of ALS by raising awareness and millions.

‘Use it or lose it’ treatment for spinal injuries