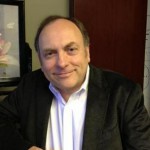 Asterias Biotherapeutics Inc. of Menlo Park received Food and Drug Administration clearance Wednesday to go forward with a 13-person safety study of so-called oligodendrocyte progenitor cells, or OPCs. Those cells, derived from embryonic stem cells, are thought to stimulate the growth of new nerve cells around the spinal cord and could help paralyzed patients regain movement.

Human embryonic stem cells are obtained by destroying embryos, a process that many conservative religious groups and others oppose because they believe an embryo is a human life.

But backers of embryonic stem cell research have stressed that treatments ultimately will save lives.

“This is exactly the type of treatment, focusing on an unmet medical need, that CIRM was created to address,” Randy Mills, president and CEO of CIRM said in a prepared statement.

CIRM had pledged a $25 million loan to Geron Corp. (NASDAQ: GERN) of Menlo Park when its spinal cord injury stem cell treatment in 2010 went into an early-stage trial. At the time, Geron’s trial was the first in-human study of an embryonic stem cell-derived therapy.

But Geron halted the study in a round of November 2011 cost cutting. It repaid $6.4 million it had received from CIRM, plus interest, said a CIRM spokesman.

Five patients were treated in the Geron trial, and follow-up studies showed that the spinal cord injuries in four of the patients had shrunk.

Whether that means Geron’s treatment is working in those patients is an open question. Geron’s study looked only at acute, or new, spinal cord injuries, so some of the results could be connected to normal healing over time.

Still, Michael West — Geron’s founder and now vice president of technology integration at Asterias — saw promise. He eventually struck a deal with Geron to acquire four cell lines, including the one involved in Asterias’ study.

Asterias’ trial, however, differs from the one Geron ran. For one, patients will be given doses up to 10 times greater than patients received in the Geron study. It also will focus on patients with complete spinal cord injuries originating in the neck, rather than the back.

Patients will be treated with the cells 14 to 30 days after the injury; in Geron’s study, patients were treated more quickly.

A journey to walk again One step at a time