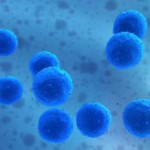 The specialized cells that go on to form the spinal cord, muscle and bone tissue in a growing embryo have been produced in the laboratory using stem cells for the first time.

The spinal cord, muscle and skeleton cells are all formed from cells called neuro-mesodermal progenitors (NMPs). A process of carefully timed chemical signals in the growing embryo instructs NMPs to turn into the different cells required for these body parts.

Previously, scientists have been able to grow some types of nerve, muscle and bone cells by converting them from stem cells in the lab.

However, there is an advantage to creating these cells from NMPs as opposed to converting them directly from stem cells, which is that the resultant cells bear closer resemblance to naturally occurring nerve, muscle and bone cells.

But creating the “intermediate” NMP type of cell from stem cells has not been achieved until now.

To create the NMPs, the researchers carefully studied and then mimicked the natural process in a petri dish, coaxing mouse and human stem cells into becoming NMPs and then spinal cord cells.

Dr. James Briscoe, who co-led the research from the MRC National Institute for Medical Research at the University of Edinburgh in the UK, says:

“The real breakthrough for us was realizing that we had to coax the stem cells into this intermediate ‘stepping stone’ cell type before turning them into spinal cord and muscle cells. We can’t yet produce the tissues themselves, but this is a really big step. It’s like being able to make the bricks and raw materials but not yet build the house.”

Dr. Briscoe explains that there have been some impressive advances in stem cell research in recent years, with scientists being able to grow liver, heart and brain tissue in the lab.

“The spinal cord, however,” he says, “has remained elusive because the NMP cells have largely been overlooked – even though they were first discovered more than 100 years ago.”

Being able to grow NMP cells in the lab will allow researchers to learn more about embryonic development, the researchers say. In the future, scientists may be able to grow tissue from patients with diseases of the spinal cord, which will allow them to study how these diseases progress.

Prof. Val Wilson, the co-leader of the research from the MRC Centre for Regenerative Medicine, at the University of Edinburgh, says:

“NMPs are important because they’re the source of the spinal cord and most of the bones and muscles in our body. But they have been like Cinderella cells. Although recognized for more than a century in the embryo, they’ve tended to be ignored by scientists trying to make these cell types in a dish. We hope this work will bring them out of obscurity and highlight their importance.”

Dr. Rob Buckle, head of Regenerative Medicine at the MRC, adds that the study “is a fantastic example of how combining different branches of science can lead to new discoveries.”

“It’s important that we explore all the possible routes to generating the specific cell types best suited to clinical development,” he says. “Incorporating detailed knowledge of early developmental processes is likely to play an important role in providing the fine tuning required to achieve this.”

Google Nest Partners with the Christopher & Dana Reeve Foundation to...