Improving the lives of veterans with spinal cord injury 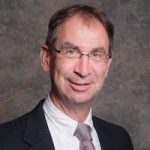 Dr. William Bauman has worked tirelessly for many years at a Department of Veterans Affairs (VA) hospital in New York to produce a series of medical advances and new drug therapies that have improved the lives of those with spinal cord injuries.

Pairing science and clinical practice, Bauman and his team have concentrated on the secondary and often life-threatening consequences of spinal cord injury, and devised remedies to help alleviate patient suffering.

“William Bauman has led a team of talented doctors in internal medicine, neurology, rehabilitation medicine, physiology and molecular biology to address many of the largely neglected but highly relevant issues that have faced those with spinal cord injury,” said Dr. Erik Langhoff, director of the James J. Peters VA Medical Center in the Bronx where Bauman works.

“They have been focused on investigating what goes wrong with the body after spinal cord injury and have developed innovative approaches and effective interventions to improve the health and quality of life for persons who are paralyzed,” he said.

After years of work, Bauman in 2001 established the VA’s Rehabilitation Research & Development National Center of Excellence for the Medical Consequences of Spinal Cord Injury in the Bronx, where colleagues most recently tested a new bionic walking assistance system that enables individuals with paralysis to stand, walk and climb stairs.

The work of Bauman and his VA colleagues has led to the realization that persons with spinal cord injury are at a markedly increased risk of a number of ailments, including heart disease and an asthma-like lung condition common in those with higher levels of paralysis. They have developed approaches to treat these aliments and devised strategies to deal with other nagging issues, including a way for paralyzed patients to undergo successful colonoscopies.

With other researchers in their unit, Bauman also has helped formulate novel drug combinations to raise low blood pressure, overseen the development of animal and clinical treatments to reduce bone loss shortly after spinal cord injury, and advanced the understanding and treatment of chronic, non-healing pressure ulcers. Investigators under Bauman’s direction also are making strides toward improving the understanding of body temperature regulation and the effect of swings in body temperature on one’s ability to think.

“Not long ago, a spinal cord injury was tantamount to an early death sentence, not because of the immediate effects of a paralyzing injury, but because of the many medical complications that followed,” said Dr. Michael E. Selzer, director of the Center for Neural Repair and Rehabilitation at Shriners Hospitals in Philadelphia. “Now these patients have an almost normal life span and a greatly improved quality of life.”

Selzer described Bauman as “the single most important scientist and physician leading the way to improved medical management of persons with spinal cord injury.”

Dr. Jesse Roth of the Feinstein Institute for Medical Research in Manhasset, N.Y. said Bauman has “made a number of innovative discoveries by seeing things with new eyes.”

“Dr. Bauman really has recognized medical problems where no one else has even seen them before, and asked, ‘What can we do to make this better,’” said Roth.

Bauman has worked at the Bronx VA hospital for 35 years, starting in the laboratory of the late Rosalyn Sussman Yalow, a physicist and Nobel Prize winner. Bauman soon made up his mind to help patients with spinal cord injury, who at the time were largely marginalized and overlooked by physicians with training in general medicine.

“I would say our center’s greatest accomplishment has been to identify problems in persons with spinal cord injury that no one had appreciated prior to our work, and then to develop successful approaches to solve them. Prior to our work, many of these problems were not realized to be important, or were ignored because it seemed that nothing could be done to improve them,” Bauman said.

Robert Ruff, national director for neurology at the VA, said Bauman’s work has had a wide-ranging impact.

“The research is relevant not only to people with spinal cord injury, but to a larger population who are immobilized, from those with ALS to cancers, muscular dystrophy, multiple sclerosis, dementia or Parkinson’s disease,” he said.” Dr. Bauman works has been extremely cutting edge.”

This article was jointly prepared by the Partnership for Public Service, a group seeking to enhance the performance of the federal government, and washingtonpost.com. Go to the Fed Page of The Washington Post to read about other federal workers who are making a difference.

By Partnership for Public Service