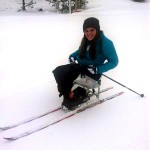 Stem cell therapy holds promise for people whose conditions leave them without much hope.

But it also poses a dilemma:

Stay and wait for U.S. stem cell experiments to pan out and receive government approval, or go abroad for treatments where breakthroughs have been touted but caution is being urged.

That dilemma has played out in Northwest Georgia with two teens whose accidents left them in wheelchairs.

Close to 2,000 FDA-approved clinical trials involving stem cells are underway in the United States — including one at the Erlanger Southeast Regional Stroke Center in Chattanooga.

“There is no substitute for putting these patients through placebo-controlled large studies,” said the doctor who administers the stem cells, Thomas Devlin, M.D., director of Erlanger’s stroke center. “That’s what distinguishes the United States from these clinics [abroad].”

And many people who don’t want to wait are traveling abroad hoping for the kind of miracle achieved last year in Poland in an academic study by leading researchers.

Now he has regained sensation in his lower body and can walk again with braces on his legs.

It is said to be the first time a completely severed spinal cord has been repaired.

“To me, this is more impressive than a man walking on the moon,” University of College London neurology professor Geoffrey Raisman told The Guardian, a national British newspaper, of the experiment in which he participated. “I believe this is the moment when paralysis can be reversed.”

A number of Americans — nobody’s sure exactly how many — have gone to such places as Panama, Thailand and Germany for stem cell treatments that aren’t available in the U.S. A growing number of clinics around the world tout their ability to treat diseases including spinal cord injuries, arthritis, autism and multiple sclerosis — even wrinkles and other signs of aging.

Meanwhile, one of the biggest objections to stem cell treatment has gone away. It’s no longer necessary to harvest the cells from aborted fetuses. Treatments now use stem cells from such sources as the placenta and umbilical cord, which usually are discarded after birth.

The landmark treatment that let the paralyzed Bulgarian man walk again used cells from his olfactory bulbs, which are involved in the sense of smell and constantly regenerate.

But traveling abroad for stem cell therapy has its critics. They warn that while stem cell treatments have great promise, none has been proven yet. People who swear by them may have gotten better anyway, they say. The clinics prey on desperate people, critics say, and charge tens of thousands of dollars for untested treatments that actually may be harmful.

The CBS show “60 Minutes” in 2012 aired an investigation titled “Stem Cell Fraud,” in which it “discovered con men, posing as doctors, conducting dangerous medical experiments.” The International Society for Stem Cell Treatment warns that “many clinics offering stem cell treatments are making claims that are not supported by sound science.”

But paralysis can be a strong motivator. 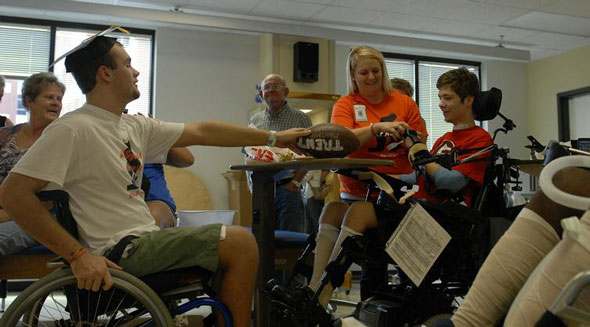 Hannah Locke is a Dalton, Ga., 17-year-old who was left paralyzed from the chest down in April 2013 when a Ford Explorer crossed the center line and crashed head-on into the Hyundai Sonata in which she was riding. The former three-sport athlete couldn’t sweat after the accident, which isn’t uncommon for people with severe spinal injuries.

“I couldn’t really do anything outside,” said Locke.

Then Locke went to Panama City, Panama, for a month’s worth of stem cell treatment in the Stem Cell Institute there. It cost about $50,000, including travel expenses.

“Since my stem cell [treatment], I sweat,” she said.

“We’ve seen lots of positive improvements,” said her mother, Mandy Locke. “She has gotten a lot of strength back.”

Austin Whitten, of LaFayette, Ga., was 15 years old on June 9, 2012, when a belly flop into a pond left him paralyzed. He didn’t hit anything; the force of the water broke the C6 vertebrae in the neck of the 6-foot-4-inch, 250-pound, three-sport athlete.

“Probably two weeks before his accident, he could lift 500 pounds,” said his father, Brian Whitten.

Afterward, “I couldn’t hold onto a Coke,” Austin said.

Whitten has improved since then, thanks in part to intense physical therapy.

His family met the Lockes, and they became friends. He and Hannah share some of the same symptoms. For example, Austin can’t sweat.

The Whittens planned to follow in the Lockes’ footsteps and get stem cell treatment for Austin in Panama this month. They held fundraisers to put together $40,000 for the month-long treatment and travel expenses.

But the Whittens had a change of heart after Austin’s father spoke with a researcher at Rutgers University in New Jersey who advised him that more opportunities soon would come available for U.S. stem cell treatments.

Both the Whittens and the Lockes are devout Christians who said that prayer led them to their respective decisions.

“It was just kind of like a chain of events that led us to Rutgers,” Angie said.

“There’s so many scams out there,” Angie said. “That’s one of the reasons.”

Prayer — and positive results — have convinced the Lockes that they’re on the right path. Before deciding on Panama, Mandy Locke sought help from her pastor.

“I went to my pastor, and I just sobbed,” she said. “I need some guidance. I’m not at a place where I can make a rational decision.”

“We will pray on it,” she remembers him saying. “We’ll pray that God will give you more information.”

The very next day, Hannah’s physical therapist asked Mandy Locke if she wanted to come along to a conference in Florida where he made a presentation. Representatives from the Stem Cell Institute were there.

It took about two months for the Lockes to start seeing positive results after Hannah’s first trip to Panama.

The Lockes recently returned to the Panama City clinic for a two-week treatment, and they’re hoping to see further improvement soon because of that.

Mandy Locke said Hannah worked out this week with her physical trainer, Haley Summers, and “it was her best session yet.”