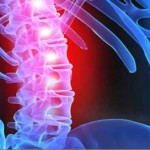 Vienna: The protein concentrate apoptotic secretome (APOSEC) extracted from white blood cells is capable of reducing damage that occurs as a result of spinal cord injuries, the Medical University of Vienna has said in a press release.

Tests conducted on animals showed that if an injection of the APOSEC agent was administered in the abdominal cavity 40 minutes after the spinal injury occurred, “severe consequential paralysis” could be avoided, according to the results from a new study by the university.

The APOSEC protein concentrate is a soluble solution that is extracted from white blood cells under irradiation, a process said to be straight forward and relatively inexpensive. It can also be freeze-dried for later use if necessary, researchers stated.

A father apart with lots of heart