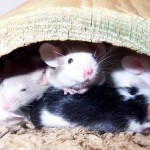 LONDON, UK – A group of drugs being tested for cancer treatment have been shown to present promising results for spinal cord injury in mice, according to a new report.

The cancer drug called Nutlins was administered to mice as part of a cancer study, but doctors discovered that mice taking the drug recovered much more movement than those left untreated.

The Imperial College London has said the drugs should now be tested in rats and could possibly be used in human trials within 10 years.

There are currently no proven effective treatments for spinal cord injuries, making this discovery a medical breakthrough if it is proven to be effective in several years’ time with further studies.

Spinal cord injuries can affect patients’ ability to feel or move parts of their body below the injury as the spinal cord, unlike other body tissues, does not have the ability to repair damage.

The damage is often permanent because it is very difficult to make spinal cord nerves regrow, but this new drug may change that, say researchers.

The study was published in the journal Brain, and the drugs were found to be safe in early cancer trials.

In the research on adult mice, the drugs, rather than promoting nerve regrowth, simply stopped a particular series of proteins from interacting to restrict nerve growth.

In the mice with partially severed spinal cords the drugs were able to help nerves regrow in the affected area.

Researchers say that 75% of the mice went from being paralysed to being able to walk on a ladder, while mice which were not treated with the cancer drugs only made a slight recovery in their movement.

“Unlike in the limbs, nerves in the spinal cord don’t regenerate after an injury,” explains Prof Simone di Giovanni, from the department of medicine at Imperial College London, who led the study. “We’re only just beginning to understand the fundamental reasons for this striking difference.”

“We have identified a mechanism that controls nerve regeneration, and there are already experimental drugs that target this pathway, suggesting an opportunity to translate these findings into the clinic,” he added.

Giovanni added that although the results in mice were “very encouraging”, they now had to be replicated in studies in rats, whose spinal cords more closely resemble those of humans.