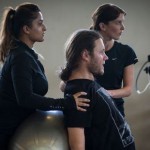 Treatment proven in lab to assist recovery and could be part of cure alongside other research, say experts.

Kiwi and Australian researchers have developed a protein-based drug that offers a potential breakthrough treatment for those with severe brain and spinal cord injuries.

University of Auckland researcher Dr Simon O’Carroll said the drug, which could be injected straight into the blood stream or taken as a pill soon after an injury, could reduce damage, scarring and improve recovery.

“The earlier we treat it the more successful in reducing injury it is and the less chance of further injury.”

He said the protein worked by blocking cellular channels that enabled inflammation to develop and spread neurotoxins beyond the initial damage to nearby healthy cells.

There was also potential for the drug to be used in the development of a cure when combined with other research, such as stem cell therapy.

Dr O’Carroll said the protein could create a less-hostile environment and give the stem cells a greater likelihood of survival and success.

He said so far laboratory testing of the protein-based drug had proven successful and the next stage would be getting funding and approval for clinical testing.

One of those holding out hope that this research would provide a breakthrough in the treatment of spinal cord injuries is Aucklander Brad Smeele, 28.

In July 2014, a wakeboarding stunt gone wrong shattered his C4 vertebra, leaving him a quadriplegic, with no use of his hands or legs.

Dr O’Carroll said that while the protein is far from being a cure, it could have helped Mr Smeele in his recovery if administered at the time of his injury. He added the protein also offered potential to help minimise any damage and inflammation caused by any future surgical interventions.

Mr Smeele’s life as a quadriplegic is far removed from the one where he spent 21 back-to-back summers between New Zealand and the United States living “the dream”.

While he is flatting in Auckland with two others, Mr Smeele remains at the mercy of his caregivers – seven of whom rotate around a 24/7 roster to ensure there is always someone on hand to feed, bathe, clothe and help him in any way he needs.

“Before the injury, I was such a physical person, it was my identity,” he said. “When this is taken away there is nothing more … harsh than that.”

Sixteen months on from his accident, the former world champion wakeboarder remains ever hopeful for a “medical breakthrough” to repair the damage to his spinal cord.

As well as keeping up to date with medical advances, Mr Smeele is working to fundraise for spinal cord research. The latest project he has backed is the Auckland pop-up version of the global Run in the Dark event on November 11. The proceeds of the 5km to 10km sunset run will go towards the Mark Pollock Trust, which aims to raise $8 million to help fast-track a cure for paralysis and spinal cord injury.