I May Have Suffered A Spinal Injury, But The Ball Is Still In My Court 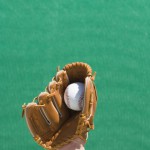 My love for the game of baseball began the moment I picked up a bat and a ball at two years old. From that day forward, I couldn’t put them down. Fast forward 17 years and I was fully intent on chasing my childhood and lifelong dream to be a Major League Baseball player.

By February 2011, I was still beaming from a steamroll of of successes over the previous year: My high school had won our division championship, finishing first throughout the state of California. I had won every individual award possible, ranging from League MVP to California State Player of the Year. I had the opportunity to not only represent America in baseball, but had won gold in a tournament in Venezuela, something the 18u national team had never done before. I had turned down a draft by the San Diego Padres to further my education by playing baseball at Arizona State University. And I had just earned a starting spot on the team as a freshman.

Things could not have been going any better in my life from every possible standpoint and I was excited that our 2011 season was getting underway.

Of course, that’s when everything changed. During the first inning of a ballgame on a cold, gloomy Sunday, life as I knew it, was completely flipped upside down. I was on first base with a runner on second base, and we put on a double steal. As I dashed toward second, my momentum took me into a head first slide. The catcher tried to throw me out and his throw arced up towards the outfield, forcing the second baseman to try and stretch for the ball and make the play.

It was the perfect storm.

As he tried to stretch for the ball, his body moved right into the lane I was sliding into, and his knee lined straight up with my head. We collided and immediately my body went numb and immobile.

I was rushed to the hospital where, after a CT scan and a MRI, it was revealed that I had a burst fracture of my C-5 vertebra and had to undergo surgery immediately. The next day I woke up to a whole new life: The life of a spinal cord injury survivor.

Over the next 75 days I was in the hospital, I spent it in intense rehab trying to gain as much strength as I could while relearning basic life functions again. These ranged from feeding myself to brushing my teeth to being able to sit upright. Since then, I’ve been fighting a vigorous battle for a normal life.

Five years later, I’m still in my wheelchair on a strenuous rehab program. I’m still in fighting to get back up on my feet again, which I know will happen. People ask me all the time how I stay motivated and it makes me think about everything I’ve accomplished over the last five years: I have mastered how to drive again, returned to ASU as a student coach for the baseball team while completing my degree in Business Management and Communications, and lastly, secured a job — the coolest job, I might add. I’m an integral member of the Arizona Diamondbacks’ Baseball Operations department.

Despite the “curveballs” life has thrown at me, I believe I’m in a great place in life. But in no way shape or form do I plan on becoming complacent. I have always been a competitive person, and setting goals for myself gives me motivation. However, what delivers even more incentive are all the people in my corner each and every day.

My family and my friends keep me determined to achieve anything I want to in life. With their support, I plan to work to the best of my ability to continue to improve myself, continue to grow as an individual, and lastly, the most important plan and goal is to continue my fight and journey to become more and more independent, ultimately getting back on my feet and defeating paralysis!

The support of my family and friends has encouraged me to make a positive impact in other spinal cord injury survivor’s lives. One amazing way I have been able to do that is through the Wings For Life Foundation, an organization devoted to funding spinal cord injury research. It’s been a special honor to be involved with this amazing group of people and help in any way I can. They have continued to push the envelop when it comes to research funding, and there’s no better way to illustrate that than the World Run coming up in May. The event invites the entire world to run simultaneously for one simple cause: Finding a cure for spinal cord injuries. It’s truly amazing to see the world running for those who can’t.

We all will deal with some sort of adversity in our lives in one way or another, but we are in complete control to how we want to handle that adversity and make the most of our lives. It’s a special feeling knowing that although times might be tough, we are the ones who dictate whether or not we come out on top.

I don’t know about you, but I love the fact that the ball is in my court.

True healing requires more than just medicine and treatment, which is why we’ve teamed up with Dignity Health to discuss how compassion and a human touch can benefit our health and our lives in myriad ways.

Do you have a personal story about compassion or big acts of kindness that you’d like to contribute? Let us know at PowerOfHumanity@huffingtonpost.com or by tweeting with #PowerofHumanity.