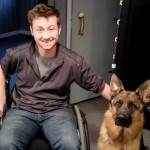 Three years ago, Michael Fraser broke his neck in a diving accident near his Vandergrift home but remembers little about it.

But in April, the man with quadriplegia underwent an experimental neural stem-cell procedure that wasn’t only a life-changing experience but could represent the first interventional treatment for spinal cord injuries.

Mr. Fraser, 24, now can lift himself from his wheelchair into bed without assistance. He breathes more freely and deeply and has greater core strength with better dexterity. Previously he could manage only a half-mile on his arm-powered elliptical but now does two to three miles, he said.

His condition so vastly improved that the Robert Morris University graduate who previously couldn’t work plans to move to Atlanta with his brother, Cori Fraser, and become an insurance actuary. “Honestly, whenever I signed up for the [UPMC clinical] trial, I kept myself in check and did not expect something crazy,” he said. “But this definitely has exceeded my expectations.”

Hope now is on the horizon for those with traumatic spinal cord injuries that the neural stem-cell treatment can restore some motor and sensory function. If ongoing clinical trials confirm early results and lead to U.S. Food and Drug Administration approval, it could represent the long-awaited therapeutic treatment for people with paraplegia and quadriplegia.

Two early phase trials showed promise. With a Phase II trial now underway, StemCells Inc. of Newark, Calif., is recruiting patients in Pittsburgh and nationwide who have cervical (neck area) spinal cord injuries resulting in full paralysis of the legs and at least partial paralysis of the arms.

The company is seeking 40 total participants, including a baseline group, with one-third already on board.

Describing the project as “medically and scientifically important,” Stephen I. Huhn, the neurosurgeon serving as StemCells Inc.’s vice president of clinical research and chief medical officer, said the randomized, blinded trial will test more definitely whether the surgical stem-cell procedure succeeds in restoring function and sensation in patients.

“As challenging as spinal cord injury is and given how difficult it is to treat, this is a very powerful place to be,” he said. “We never have been able to offer a therapeutic intervention to restore function in people, and we may be able to do that. It’s exciting and that’s the advance we’re trying to make.”

Last May, StemCells Inc., a biotech company whose stock is traded on NASDAQ, said seven of 12 patients with thoracic spinal cord injuries who underwent the stem cell procedure experienced new sensations inches below the injury level in middle of the back. The focus was establishing safe stem-cell dosage levels, but it also produced beneficial results.

Another Phase I trial that concluded in July involved six patients with cervical spinal cord injuries resulting in quadriplegia, including Mr. Fraser at UPMC. Five of the six patients, each on a different stem-cell dose, showed improved upper-body strength while four of six also developed better dexterity six months after the surgery, Dr. Huhn said.

It’s “tremendously exciting” to work on a new phase in spinal cord injury medicine, said Michael C. Munin, a University of Pittsburgh School of Medicine professor in the department of physical medicine and rehabilitation and principal investigator for the Pittsburgh trial. He and Dr. Huhn explained the process.

Neural stem cells from fetuses are acquired through a nonprofit organization that collects tissue after elective abortions; the patients sign release forms donating the tissue. In StemCell Inc.’s laboratories, the cells proliferate in a culture. During a delicate surgical procedure, thousands of the cells are injected near or on the spinal cord above and below the damage site.

Exactly how the stem cells work isn’t fully understood, Dr. Munin said, but they possibly receive signals from existing spinal cord cells that cause their transformation into neurons — the key nerve cells in the spinal cord and brain — and supportive “glial” cells that coat the nerves with myelin among other functions to protect and enhance nerve function.

Studies using rabbits showed that the stem cells create a bridge around the damage site while likely producing chemicals necessary for their survival and proliferation. Adding to the optimism is what Mr. Fraser is experiencing: Functional improvements are continuing with time.

Since his accident, Mr. Fraser said, he has maintained a positive attitude through “an amazing family-support system.”

But his results from the stem-cell procedure, he said, have been nothing short of incredible: “You can pray every night, but when you see improvements in a year like I have, it’s just a blessing,” he said.

For more about Michael Fraser visit The Warrior Mike Project.

Facebook
Twitter
Email
Mix
Digg
Previous articleI May Have Suffered A Spinal Injury, But The Ball Is Still In My Court
Next articleBiorobotic bladders: breakthrough treatment for spinal injury

Do it for Dan almost done