The fourth Wings for Life World Run was another record-breaking edition – with 155,288 registered participants raising a huge 6.8 million euros for spinal cord research. The global movement saw 27 course records smashed as participants of all levels, from fun runners to elite champions, set off at 11:00 UTC, running side-by-side and via the App across 111 locations in 58 countries around the planet.

Their target? To race – in glorious weather, searing heat or freezing cold, depending on the location – and for as long as possible outrun the moving finish lines that are the Catcher Cars, driven by the likes of Formula One legend David Coulthard in the UK and Carlos Sainz in Spain.

This flaming-hot temperature, recorded at the Dubai track on Sunday, f leave even the most elite runner gasping for air and that makes it all the more astonishing that the UAE saw the longest distance of the day. Swedish professional adventurer and wheelchair participant Aron Anderson clocked up a massive 92.14km to become the new Men’s Global Champion.

Yep, you read that right – 2017’s participants chalked up well over one million kilometres. In one day. Not only is that almost 200,000 km farther than in the previous edition, but it’s the equivalent of 35.7 trips around Planet Earth – or two trips to the moon and back. 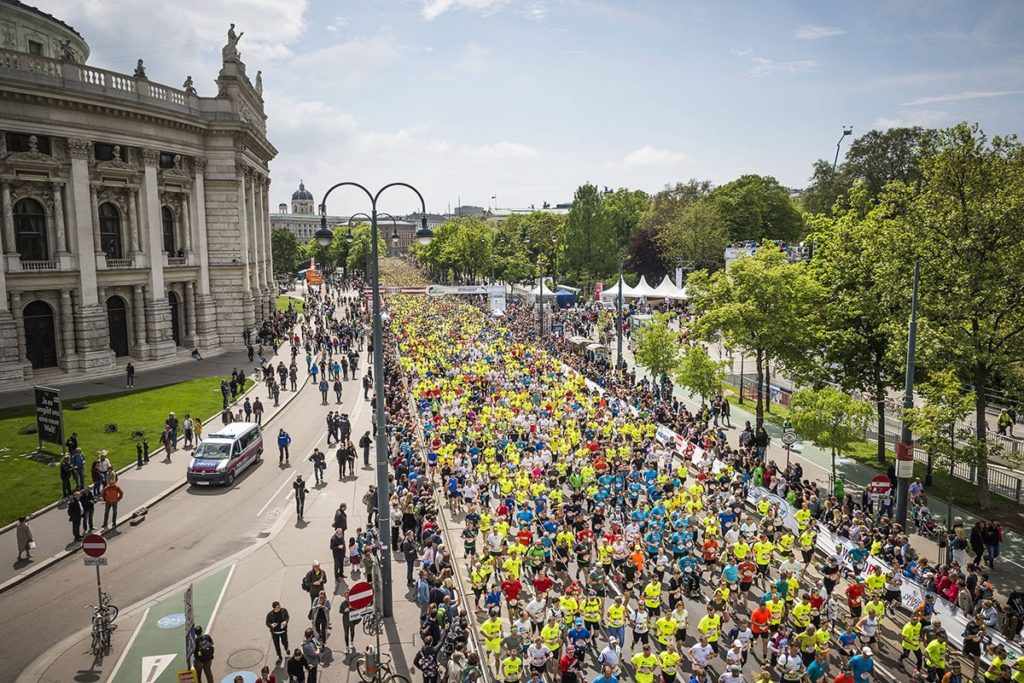 17,416 – the number of runners who reached at least the half marathon point

The event is all about participation – bringing people together, whatever their ability, wherever their location, all running for one great cause – but it’s worth taking a moment to salute the sheer levels of achievement from this year’s participants. More than 17,000 runners made it to the half marathon point (21.1km), and 729 completed the full marathon distance (42.2km) – all while under the pressure of being chased by the Catcher Cars. Some said that the fun and excitement of the Catcher Car’s approach is exactly what drove them to cover more ground than they ever dreamed.

Whilst the average age of participants is only 29, Georgia took the prize for the oldest runner. Shota Samushia is 94 years young and still running marathons proving that you are never too old to start running. He is one of the many participants who has become an inspiration after this years event. Keep running Shota!

Slovenian President Borut Pahor isn’t only a winner when it comes to running for office – he also makes a difference running for spinal cord research: Back in 2015 he became the first state leader to take part in the run. The 2017 edition officially marked his hat-trick turn as honorary patron of the event, and he also powered through a freak hail storm on his way to chalking up an impressive 20.48km!

We said that the 2017 run was all about toppling historic milestones, and Women’s Global Champion Dominika Stelmach didn’t just break the overall women’s record, she smashed it to pieces. Beating the previous world record by over 2km, the Polish super-runner managed a huge 68.21km in Chile – equivalent to the length of 682 football pitches.

And she wasn’t the only Pole to scoop serious honours – her fellow countryman Bartosz Olszewski was the male runner who achieved the farthest distance, outpacing the Catcher Car to 88.24km in Milan.

10,000 – the number of invaluable volunteers who helped to make the Wings for Life World Run happen

Not all heroes wear running shoes. It goes without saying that the Wings for Life World Run is a massive undertaking on a global scale, and without the help of a serious number of enthusiastic volunteers around the world, it simply wouldn’t be possible. To them, we say, “Thank you!”. 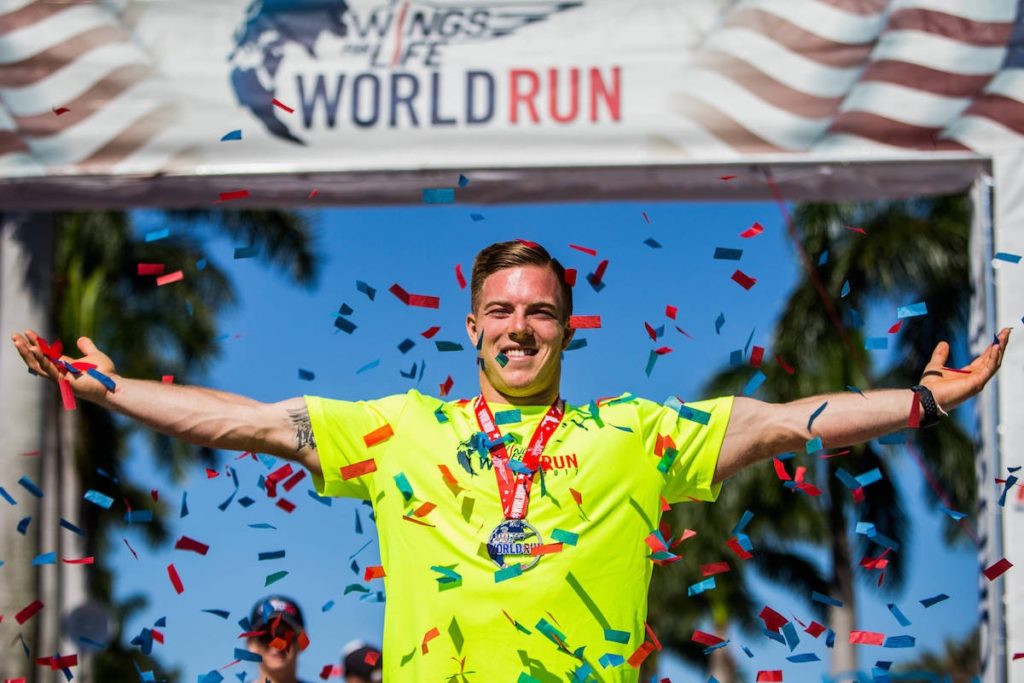 Ultimately, this is what the Wings for Life World Run is all about. Whether participants were enjoying a day out with friends or tackling an epic distance goal, all the kilometres, the sweat, the laughs, the tears, the joy and the blisters were ultimately part of giving hope to those who face countless challenges every day. 100% of entry fees and donations go directly to funding urgently needed spinal cord research.

And some more all-important numbers…

The date for the 2018 edition of the Wings for Life World Run has already been revealed: Sunday, May 6, 2018 – and you can be the first to find out all the info about the event. Subscription is now available to receive updates about the locations for next year’s run as soon as they are announced. Visit www.wingsforlifeworldrun.com

About the Wings for Life Spinal Cord Research Foundation

About the Wings for Life World Run

On one day each year the Wings for Life World Run is held simultaneously in numerous locations and the App across the world, all starting at the same time, whether day or night, and all with the same goal – to raise money for the Wings for Life Foundation. Under its unique format, participants run as far as they can until they are passed by a moving finish line, the “Catcher Car,” which chases runners along the course, gradually getting faster until each runner has been caught. This moving finish line allows participants of any ability to complete the run – the slower ones are passed early while the last man and woman to be caught after starting from an event location are declared Wings for Life World Run Champions. 100% of entry fees and donations goes toward helping to find a cure for spinal cord injury; and in the four editions since it was launched in 2014, the World Run has attracted more than 435,000 people from 193 nationalities to participate in more than 58 countries across all seven continents. Altogether they have raised €20.6 million euros while covering more than 4.2 million kilometres.

The Wings for Life World Run is proud to be supported by Puma and BF Goodrich.

Content such as videos, stories, photos and background information is available for editorial use and can be downloaded at www.wingsforlifeworldrunnewsroom.com

When a cure isn’t a cure: searching for miracles can do...