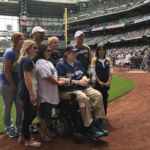 You might feel a bit down if you watch the news. Who wouldn’t?

Angry people might be grabbing headlines and making you wonder about the future, but the antidote is all around you.

Talk to some of your neighbors. Chances are, no matter what they look like or where they’re originally from, you’ll find they’re actually pretty decent people — just like you.

The little improvements we all try to make may not register much, but the accumulation of them all eventually does.

And if there’s one tangible piece of proof that the world is changing for the better, it’s Lucas Lindner.

Last May he lost control of his pickup truck when a deer ran out on the road. The front passenger tire blew out. The truck rolled, throwing him out of the window.

When he woke up in the hospital, he was paralyzed from the neck down. He was just heading to the grocery store on a Wisconsin Sunday morning.

It was an accident that could happen to anyone, to a friend or relative.

Normally, people like Lucas have no hope of restoring motor control of their bodies ever again.

In the United States, this awful story plays out 17,000 times every year. There are a quarter of a million people in the country with paralysis.

But Lucas’ story is working out a little bit differently.

Lucas was airlifted to Froedtert Hospital, a teaching hospital of the Medical College of Wisconsin.

The procedure revolutionary… and so were the cells Dr. Kurpad used.

The new procedure used cells that were developed over many years by researchers at a two companies leading the way in regenerative medicine.

Researchers at these companies have discovered how to grow stem cells and make them reliable for transplantation use.

On doctor, in fact, who I’ve researched extensively, has been called the father of regenerative medicine.

I’ve had the pleasure of meeting with him on a number of occasions.

Whenever I am in the San Francisco Bay Area, I try to visit him to learn what’s going on in the field.

And from what I’ve seen the therapeutic potential is hard to understate.

And we’re starting to see the results in people like Lucas Lindner.

He’s still a wheelchair user — we have a lot more to learn — but he now has fine motor skills in his upper body. That’s extraordinary in cases like his.

Lucas’s miraculous improvement is due to newly designed pluripotent stem cells… They are called pluripotent because they have the power to transform into any other cell type in the body.

And this Bay Area doctor’s company has accumulated the technology to make that happen.

Over the next few months, we’ll get more clinical data from patients being treated with the full 20 million-cell dose — and potentially more great news of restored motor function.

The recent headlines may have been about a few angry people rioting and hating each other, but the real important news is this…

Recently, when the Cincinnati Reds played the Milwaukee Brewers, Lucas threw out the opening pitch. 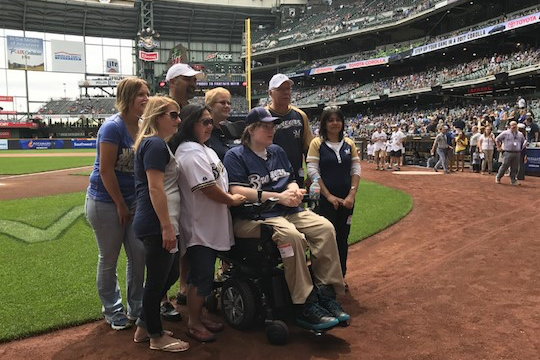 Many U.S. presidents and other famous people have thrown pitches, but no pitch has been as historic as this one. And the advances I highlighted today are the reason why.

As this therapy matures and gets closer to market, I believe it will make a big impact on shares of companies in this space.

Which means the right-timed move in the upcoming months means a huge potential windfall of cash for you.

Ray Blanco
for The Daily Reckoning