Everett’s Recovery Is a ‘Blessing’ 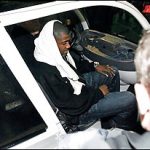 BALTIMORE, March 11 — The black tuxedo was handsomely tailored, and the burgundy vest was a nice touch. The black shoes were polished perfectly, and the sunlight streaming in from a nearby window shone brightly off the diamonds in the watch on his left wrist.

But none of that stood out about Kevin Everett on this evening.

It was the walk.

It has been six months since Everett, as a reserve tight end for the Buffalo Bills playing on the kickoff coverage unit, suffered a severe spinal cord injury while making a tackle during a game against the Denver Broncos on the opening weekend of the NFL season. His doctors said publicly in the days that followed that he had nearly died and was unlikely to walk again. But Everett wasn’t listening. And as he made the rounds early Tuesday night at the Ed Block Courage Awards, what was most noticeable was how normal he looked while walking. His strides were made confidently, and there was no hint of unsteadiness or a limp.

Even so, he wasn’t ready to express satisfaction.

“It’s not completely normal,” Everett said, sitting on a chair outside a ballroom between completing a television interview and participating in the event. “There’s still some things that I’ve got to improve on. I’m working every day at that.”

He continues his Rehabilitation three days a week in his home town of Houston, he said. He is working particularly hard to regain dexterity in his hands. Some tasks, like tying a shoe or buttoning a shirt, remain difficult. He tires easily, he said, and walking on a treadmill for 15 or 20 minutes is as laborious for him as running several miles used to be.

At a function at which many NFL players were honored for overcoming off-field obstacles, his peers seemed particularly delighted to see Everett. He received a standing ovation from the crowd when he was introduced at the event.

Everett said that he spends much of his time these days working with a foundation that he started to help children, including some with spinal cord injuries. He proposed while still in the hospital. He said that he and his fiancee, Wiande Moore, will be married soon, but he declined to say when. His goal, he said, is to lead a normal life, to being able to do everyday tasks easily.

“I’m a ways away,” Everett said. “But like I said, every day I’m improving. Every day I’m working hard at trying to get back to somewhat normal. . . . I’m trying to do things with my foundation, being involved in that and helping some people out, some kids. I’m not sure at this point exactly what I’m going to do as my life’s work now. I’m just taking it one day at a time.”

He said he remembers lying on the field after he was injured, realizing that he was paralyzed. He was conscious, he said, as members of the Bills’ medical team treated him on the field and readied him to be transported to a hospital. After surgery, Everett said, he always believed that he would walk again and his doctors never said otherwise, at least not to him.

“I didn’t hear anything like that from any of the doctors,” he said. “I came out of surgery, and they didn’t bring any of that talk to my room.”

He has watched replays of the play on which he was injured, he said, but not recently. He watches football games, he said, and he misses the sport. But he has accepted that he never will play again, he said. People regularly walk up to him on the street and tell him what an inspiration he’s been, he said.

“It’s been a bit of a challenge,” Everett said. “But I feel great. I’m feeling well. I try to make the most of my rehab. I’ve been lucky.”