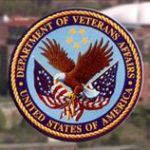 Syracuse (WSYR-TV) – The Syracuse VA Hospital is on the verge of a $78 million upgrade, complete with new technology and a six story addition.

At the center of the project will be a brand new state-of-the-art spinal cord injury center. It’s the VA’s attempt to expand its services as demand for them grows.

Paralyzed from the waste down for the last ten years, Air Force vet Steve Kraeger relies on the Syracuse VA hospital.

“It’s a godsend, it’s a blessing, especially this facility here and I’ve been in a lot of units.”

But the local VA like most around the country is undergoing a major transition, a whole crop of younger veterans are flooding the hospital.

The Syracuse VA’s Manager of Medical and Surgical Services Richard Kazel says, “We are expecting to see, again, military traffic coming in as a result of the war so we are preparing for that with modernization of our facility.”

One of the biggest additions is a brand new 30 bed spinal cord injury center allowing veterans to stay close to home during their care.

Manager of Diagnostics and Therapeutics, Peggy Daniels, says, “Their family support is very much needed especially if it’s a new injury or a new spinal cord injury or disease patient, that family support is integral to keeping the spirits of the patient.”

When it’s done, the new spinal cord center will have its own Rehabilitation room just to itself.

Daniels says, “When war did break out it did change all the way we work.”

The VA will also be building a new six story addition on the hospitals southwest corner. It will allow the VA to expand services it provides now and add some new technology and programs.

Kraeger says, “The people are very considerate, very caring and then the facility that is here, it just keeps getting better every year.”

And that will only continue the next three years.

The first phase of the project, a two floor addition to the parking garage will start early this summer, the six-story addition will likely begin just over a year from now. All phases are projected to be finished in the spring of 2011.