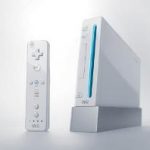 BLOG—A medical Rehabilitation hospital in Columbus Ohio is using the Nintendo Wii as Physical Therapy to help patients recover from injuries like stroke, spinal cord trauma, and damage to the brain. Finding a console this holiday season will undoubtedly be difficult for many would-be Wii owners. Some want it to play with their families while others just want to bowl their hearts out on their own. In the case of 51-year old Franklin Perry, his desire to score a Wii this Christmas stems from his recent habitual use—that is, using it to help recover from a recent stroke.

That’s right, Perry is one of many patients at the Ohio State University Medical Center’s Dodd Hall Rehabilitation Hospital that uses the Nintendo Wii as a form of therapy. According to an article in Reuters, Perry is utilizing the Wii under hospital supervision to help rebuild muscles in his immobilized right side.

Robbie Winget, an Occupational Therapist at Dodd Hall, supervises the use of the Wii where it has been used for about four months to assist patients recover from injuries such as strokes, spinal cord trauma, and damage to the brain. All the patients at Dodd hall apparently play on the system for about a half-hour each day, two to three times per week. Winget claims the idea to use the console in therapy came from news that a rehab facility in Alberta Canada was using the gaming system to help with patients rehabilitation.

Winget supports use of the Wii, saying that he believes it can “help patients build balance, coordination, endurance and upper and lower body strength,” but maintains that it could not entirely replace conventional therapy. Instead it is just “one more way to meet specific goals associated with therapy.”

What about all other consoles? Well, Winget doesn’t believe they all hold the same therapeutic value, unfortunately. Not does he not think that other home consoles could match the appeal of the Wii with older patients, but he also says that “the idea of sitting there fiddling a couple of button on a videogame [controller] is not motivating or interesting at all.”

Ouch. Well Perry, at least, is benefiting from the Wii. Not only does he say he is just now regaining some movement, he also claims that using the Wii is “more fun,” “more exciting,” and motivates him to “work harder.”

Oh, and before you ask, Winget says that no, Nintendo did not provide the hospitals with the consoles. It’s all medicine, people. Dig that healing power.

Next-Gen’s Blog is reserved for opinion pieces, quirky news stories and general news detritus. We welcome your comments on this article.