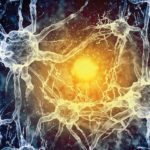 Injuries to the spinal cord can cause permanent paralysis and even lead to death, with little to no hope of regaining lost functions once the trauma has occurred.

Dr Jerry Silver and his team at Case Western Reserve University Medical School, USA, have been working to understand why nerves that are damaged through spinal injury don’t regenerate and to identify non-invasive, easy to administer strategies that can promote robust functional recovery.

The spinal cord houses an incredibly important circuitry that conveys sensory signals from the extremities upward to the brain, as well as motor commands from the brain downward to the relay nerve cells in the spinal cord that, in turn, project out to the muscles. However, the spinal cord also plays a critical role itself in the generation of patterned movements, such as walking. Thus, when the nerve pathways that travel up and down within the spinal cord are damaged, muscle paralysis as well as sensation loss occur below the level of the lesion. Although more commonly associated with the inability to move limbs, paralysis following spinal injuries also affects important basic autonomic functions – such as sweating, urinating, and breathing.

Dr Jerry Silver at Case Western Reserve University Medical School has been working to understand what happens when nerves in the brain and spinal cord (the so-called central nervous system or CNS) are damaged, and why they don’t naturally repair themselves in the same way that peripheral nerves in the arms and legs can. By understanding the molecular mechanisms that lead to the formation of barriers to regeneration in the CNS, his team hopes to develop ways to overcome these obstacles and repair nerves with the aim of restoring function and, thus, bringing relief to the millions of people affected by paralysis.

Dr Silver’s research started by investigating whether it was even possible for an adult nerve cell to regrow within the environment of the damaged adult spinal cord. It had long been thought that this would be impossible. Nerve cells consist of elaborate long extensions (called axons) that grow out from the main cell body – it is these axons that make the connections called synapses with other nerve cells, and it is the axons within the spinal cord that are severed when the bony spine is impelled into the cord when it is violently broken. Axons can be incredibly lengthy, some reaching almost the entire span of our bodies. One challenge for researchers working in the field of spinal injury was to determine whether damaged axons have the intrinsic capacity (in other words, a strong enough growth motor) so that, in principle, they had at least the potential to replace the damaged ones.

Dr Silver and his team found that, indeed, this was possible, even long after the damage had occurred. To demonstrate this, they conducted a simple but elegant experiment. First, they purified in cell culture, fully adult nerve cells that were genetically pre-labelled with a fluorescent protein such that the cells could be easily visualised. This first step served not only to harvest the nerve cells but also to cut all the axons away from the cell bodies that, nevertheless, remain alive. Next, they collected the axon-less nerve cell bodies and very gently re-implanted them into the pre-lesioned spinal cord of an unlabelled adult host animal so as not to create any damage or scarring at the implant site. It was a huge surprise to the scientific community when they found that axons could, indeed, regrow robustly in the spinal cord and reach out quickly over long distances. However, they also found that when the new axons reached the area of severe lesion damage and scarring, they stopped growing abruptly and started to deteriorate. The researchers suspected that there was some sort of chemical produced by the scar tissue around the break itself that was hostile to axons and stops even exuberantly growing new ones from extending further.

Inflammatory damage to the spinal cord after the initial injury can continue to spread outward from the lesion epicentre into surviving tissue to cause further loss of function. The development of scar tissue encases the lesion core and plays an important role in the protection of the healthy nerve cells from further harm. However, it is now clear that once the important task of protection is complete, the same structure that provided protection soon after the injury then develops into a barrier to the regrowth of the cut axons.

Dr Silver and his team began investigating what the culprit was within the scar that was stopping axon regrowth, and what they could do to reduce or overcome the growth inhibitory effect of the scar, once it had mitigated the danger of the initial injury. As they had already shown that axons can regrow once past or through the scar, they understood that this could be the key to returning or improving function to the injured area.

The researchers found that a particular family of potently inhibitory molecules was being produced in the scar tissue, and that when newly regenerating axons encountered them, it caused the growing tips of the axons to become so tightly stuck (much like a fly on flypaper) that they could no longer move forward. These sticky molecules are known as chondroitin sulphate proteoglycans (CSPGs).

Bridging the Scar Tissue and Repairing the Nerve Damage

With the culprit that stops the growth of axons near the scar tissue identified, the next step was to find a way to selectively eliminate CSPGs. Dr Silver and his team investigated the use of a special enzyme (called chondroitinase) that consumes the CSPGs once injected into the cord, stopping them from having such detrimental effects. Using these enzymes, the researchers found success in re-growing axons and improving function in animals that had problems with their limbs and also their diaphragm (which was hampering them from breathing), and those that had problems with their bladders. As these are common and potentially fatal conditions in humans following paralysis, the improvements in these specific areas were especially promising.

The use of enzymes to breakdown CSPGs has been widely investigated, with researchers attempting to optimise various factors, including the timing of administration and appropriate amount of targeted physical therapy. Benefits have been shown in many different animal models, including non-human primates and at long chronic timepoints post-injury. However, problems still exist as the enzyme is of bacterial origin, must be injected directly into the spinal cord, and acts only over a very short distance. Supplementary treatments may also be required to ensure optimal spread of the enzyme and that the regrown axons go on to make the right connections. Studies are ongoing by a variety of research teams around the world to overcome these challenges.

To overcome the need to directly inject a molecule into the spinal cord, Dr Silver and his colleagues tested a novel systemic approach to see what effect it would have on axon regrowth. They identified a receptor molecule called protein tyrosine phosphatase sigma or PTPs on the axons that acted as a ‘helper’ to cause CSPGs to be overly adhesive. This newly discovered PTPs receptor provided a way for the axons to detect CSPGs, signalling them to stop and become entrapped. Dr Silver and his team developed a molecule that negates this signal, allowing the regenerating axons to ignore and bypass CSPGs. When the molecule, known as intracellular sigma peptide (ISP), was administered noninvasively via injections under the skin, it entered the central nervous system and interfered with CSPG/receptor signalling within the spinal cord, allowing for robust axon regrowth resulting in greatly improved bladder function and improved locomotion in animal models with spinal cord injury.

Axons that are severed in the peripheral nerves, such as those found in the arms and legs, do have a limited capacity to regrow. However, when the lesion is severe and closer to the body, a CSPG laden scar also hinders recovery because damaged peripheral axons also upregulate the same PTPs receptor. Dr Silver and colleagues have shown that ISP can help heal injuries to peripheral nerves by speeding up the growth of injured nerves across and beyond the scar to the muscles they control.

Multiple sclerosis (MS) is an inflammatory mediated nervous system disease that affects both the brain and spinal cord. It damages the myelin, the material that wraps and insulates your nerve cells. The loss of myelin slows down or blocks the electrical message that travels between your brain and your body, leading to MS. Again, CSPG filled scar-like plaques that form in the damaged areas play a critical role in preventing recovery by blocking migration of immature, potential myelin forming stem cells that exist in huge numbers within the CNS. In animal models of MS, Dr Silver and colleagues recently found that ISP promotes the migration of the stem cells into the lesion with return of the myelin sheath leading to functional recovery.

Dr Silver has also teamed up with investigators who study scars that form after heart attack. When a heart attack occurs, sympathetic axons that control the heart rate are damaged in the vicinity of the forming scar. Just like in the spinal cord, these cut axons die back away from the lesion core and their regenerating tips become entrapped within the outer edges of the scar, causing irregular heartbeats known as arrhythmias which can be lethal. In animal models of heart attack, systemic treatment with ISP promoted new growth of the damaged axons back into the scar, stopping the arrythmias.

Dr Silver and his colleagues have teamed up with the company NervGen Pharma, whose vision is to restore life’s potential to patients by creating innovative solutions for the treatment of nerve damage. Together, they have identified an ISP analogue known as NVG-291 to treat human patients. It is their hope that this technology can improve the lives for the many people living with debilitating nerve damage.

Dr Silver received his PhD from Case Western Reserve University in 1974 and then completed postdoctoral research at Harvard University. Dr Silver is currently Professor in the Department of Neurosciences at the Case Western Reserve University School of Medicine, and Co-inventor and Scientific Advisor at NervGen Pharma. Over the past several decades, Dr Silver’s laboratory has concentrated research efforts on learning about the molecules that reactive glia produce in scars following spinal cord injury that actively block regeneration. Dr Silver is the recipient of many prestigious awards and serves on the editorial board of a number of high impact journals. He has served as lead or senior author on more than 175 publications to date.

Keio University to test use of iPS cells to treat spinal...