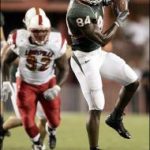 Everett, 25, had emergency surgery Sunday night after suffering what team doctor John Marzo called a “fracture/dislocation of the Cervical spine and injury to the spinal cord.”

Orthopedic surgeon Andrew Cappuccino said Everett had feeling in his limbs, but acknowledged the prospect of the player making a complete recovery remained “bleak”.

“He was assessed neurologically this morning and he had the ability to feel all his limbs,” Cappuccino said. “This young man suffered a potentially lethal injury. He will be controlled for 48-72 hours. It was a potentially catastrophic injury.”

Cappuccino said Everett was still in danger of losing his life.

“He is not out of that danger – he is less in that danger. Any injury at this level often can lead to respiratory collapse. You can die from respiratory failure.”

Everett was taken off the field on a stretcher after colliding with Broncos returner Domenik Hixon during the second-half kickoff.

“We commenced resuscitation in the ambulance,” Cappuccino said. “We commenced flushing his body with cold fluids to lower his temperature. Time was of the essence.

“Urgent decompressive surgery was needed. (After the operation) he was taken to intensive care and was on a respirator and, as we speak, is still on the respirator. He has been provided with every mechanism to allow the swelling to go down in his spinal cord.”

“He is not in a coma, but a deeply drug-induced state,” Cappuccino said.

“We are anticipating the best outcome and our thoughts are with him,” Jauron said. “We are never forgetting Kevin and we are never getting him out of our thoughts and prayers. You do go on, you do move forward, without him leaving your thoughts. They are a solid group of guys, they like each other, they work hard, they play hard. It is part of the game and we all understand it.”