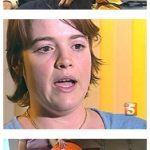 DENVER – It’s been two months since a triple shooting at a Las Vegas night club.

Tennessee Titans cornerback Adam “Pacman” Jones was there that night.

Since then, media accounts about Jones’ arrests and season-long suspension from the NFL abound.

Recently, NewsChannel 5 reporter Amy Rao interviewed Tommy Urbanski, who was paralyzed from the February shooting at the Minxx Gentleman’s Club in Las Vegas.

In his first television interview, Urbanski shared his life since the shooting.

A simple sandwich on a deli patio may seem ordinary, but for Urbanski it’s a breakthrough.

This rare moment is the first time Urbanski’s been outside since Feb. 19 when a gunman opened fire outside the nightclub.

“I walked out front door, I wasn’t out there for five seconds and I got shot,” he said.

He was shot three to four times.

“The bullet went right through the front of the vertebral body,” said Urbanski’s doctor.

And that tiny piece of metal rendered this 6 foot 6, 400 pound man paralyzed from the waist down.

“I came to realization pretty quick I could sit here and cry about myself every day or have a productive life,” he said.

A productive life for Urbanksi now revolves around basics.

“We have to celebrate things like him being able to eat with his hands again,” said Urbanski’s wife, Kathy Urbanski, “things that you would have to teach a small child.”

His wife and father have learned to take pleasure in the smallest of strides.

“It’s all pins and needles, but the strength’s coming back every day,” he said during Physical Therapy.

“Just want to be independent,” he said. “You can’t rely on yourself right now. It’s the worst feeling. I never felt helpless before.”

And that’s why it’s so hard to take.

“What’s hard is seeing him in pain all the time,” said Kathy Urbanski.

In his 20s, Tommy Urbanski was a pro wrestler feared for his size.

Since then, Urbanski’s made a living selling real estate and managing VIP rooms in Vegas, always with his best friend by his side.

“I really felt that if he hadn’t survived I wouldn’t have any reason to go on living anymore,” Kathy Urbanski said.

But the one thing Urbanski didn’t lose that night was his spirit, his will to live.

He’s still the life of the party even when the party has to come to him.

“We do have knife-throwing class,” he said, sparking laughter in the hospital room.

And, it’s easy to see he’s still the comedian, laughing in spite of life’s most unjust pain.

“He said ‘Dad, just stay with me for a few more years and I promise you, I’ll change your pampers, too,” Don Urbanski said.

Urbanski is expected to leave Denver’s Craig Hospital and go to Las Vegas but even then it’s a long and slow recovery process. Craig Hospital specializes in treating patients with spinal cord injury and traumatic brain injury.

“I’m preparing for the worst and hoping for the best,” Urbanski said.

Urbanski will have to learn to maneuver his wheelchair at home and learn to live again in the city where his life changed forever.

“He’ll wake up every morning and have to process again that he can’t walk, he can’t feel,” said Kathy Urbanski.

But then that’s medical science, something Urbanksi’s already proven wrong.

And his family’s convinced that fighting spirit may just win out in the end.

“I see him walking someday,” said Don Urbanski. “I really do.”

The reason Urbanksi’s gotten so much attention is because of his link to Pacman Jones.

Vegas police said Jones started the melee and put the events in the motion that led to the shooting and eventual paralysis of Tommy Urbanksi.

On Friday, Urbanski will give his account of what happened that night and the strong words from him and his family about the football player.