Paralysis risk too great for Caracella 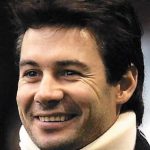 COLLINGWOOD footballer Blake Caracella announced his retirement from AFL yesterday after learning he risked possible paralysis if he played again.

Caracella was involved in an accidental clash with the Lions’ Tim Notting in round 10, suffering a fractured Vertebrae and bruising to the spinal cord.

Subsequent X-rays revealed that the former Essendon and Brisbane premiership player had a pre-existing spinal flaw.

“Due to the fact that I have seen a specialist over the last two weeks and I am at an increased risk of doing further damage to my spinal cord and possibly being paralysed.”

“The last two or three weeks I knew that I was fairly unlikely to play again.

“I have had to see all the specialists and get through that and I suppose on Monday it was guaranteed that it was too dangerous to play again, so I was obviously very disappointed.”

Magpies club doctor Paul Blackman said that the spinal cord bruising was caused by the narrowness of his spinal canal.

“That’s not going to change over time,” he said.

“He’ll always have that there, and that is why we’ve got the advice that he really shouldn’t be playing contact sports.”

“The condition he’s got is such that age is really not a factor.

“It’s an absolute increase in his risk that if he had another similar injury, he could get an even worse spinal cord injury.”

He played in premierships teams for Essendon in 2000 and the Brisbane Lions in 2003.

Caracella finished in the top 10 of Collingwood’s best and fairest award in his one and only full season for the club last year.

He now hopes to forge a coaching career.