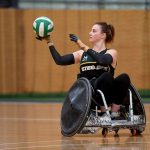 “It’s different being on court, smashing each other, and then going off to the library and telling people to keep it down.”

Librarian by day, wheelchair rugby player by night. Impressive, right? If that’s not enough, Shae Graham became the first female athlete to represent Australia in wheelchair rugby at the beginning of this year, and now, she’s working hard towards her next goal: The Tokyo 2020 Paralympic Games in one year’s time.

“But being the first woman to do that in this country… I haven’t been able to fully process that yet.”

For those who don’t know wheelchair rugby, it’s also known as Murderball. It’s tough – and the only contact sport at the Paralympics. Think big hits and collisions, with nothing separating you from huge pieces of metal equipment.

What most people don’t know is that wheelchair rugby is a mixed sport. Right now, there are less than a dozen women competing for their countries across the world. 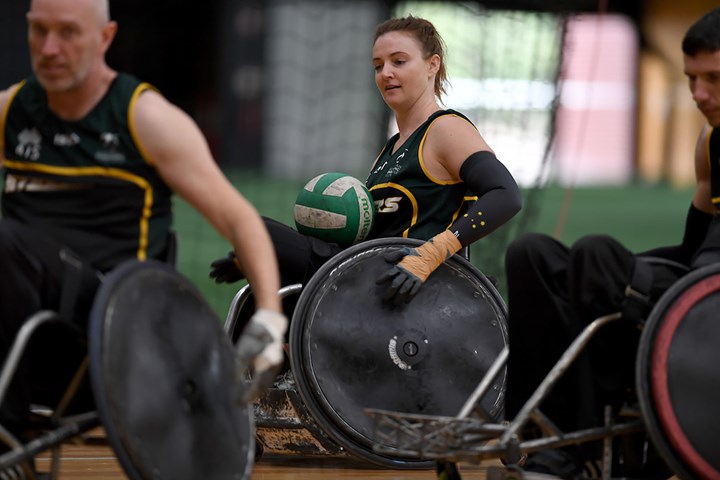 The road to the court

Shae was 18 when she was a backseat passenger in a car crash. Her friend, who was speeding down a quiet residential street in Mackay, QLD, lost control of the wheel and crashed into the side of a house. Shae fractured her spine and pelvis, and suffered a brain injury and ruptured bladder.

“My friend just lost control of the car. I got a C6 incomplete spinal cord injury from that,” Shae said.

“My goal was to just get back to the point of being 100 per cent independent. It took me a while to adjust but I got there.”

Although Shae had been active prior to the accident, and had been introduced to Para-sport during her time in rehabilitation, she ignored it for almost a decade. Then, she made and lost a bet with her brother and finally decided to give wheelchair rugby a go.

Five years later, Shae made her international debut at the 2019 Four Nations where she played big minutes for the Australian wheelchair rugby team, the Steelers, and impressed the coaching staff and players with a string of strong performances.

Shae proved then and there that no matter your gender, no matter your ability, you can achieve your goals if you’ve got the drive and determination to succeed.

“When I first started playing, the boys didn’t hit me as hard. It didn’t take long until the hits started getting hard,” she said.

“I like that there are big hits. It’s not just physical – you’re using your brain the whole time to play as well, so it feels really good to be part of a team again. It’s a great sport.”

And while she’s just at the beginning of her sporting career aiming for the pinnacle event in her sport, she’s learning from the best of the best – the Australian Steelers have won two consecutive gold medals at the Paralympic Games. 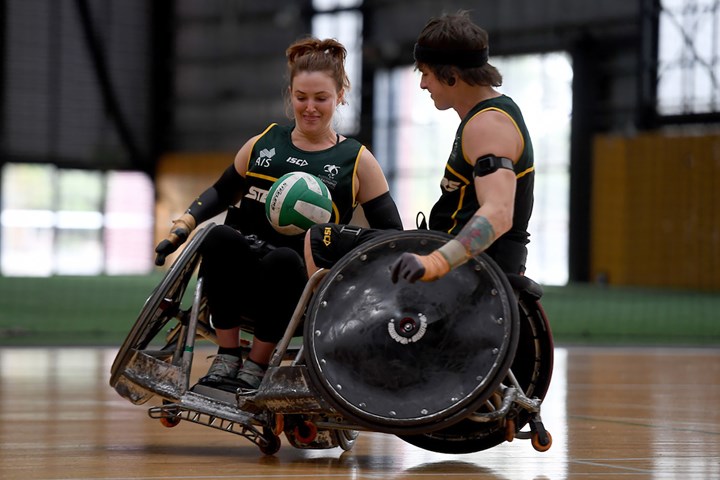 In a total contrast to her skills on the wheelchair rugby court, Shae is also a librarian, and after hanging up her boots, she fantasises about running a bookshop of her very own.

“At the moment, I juggle work and rugby. I work in information services at a university library and public library, and I work as a librarian at another library. 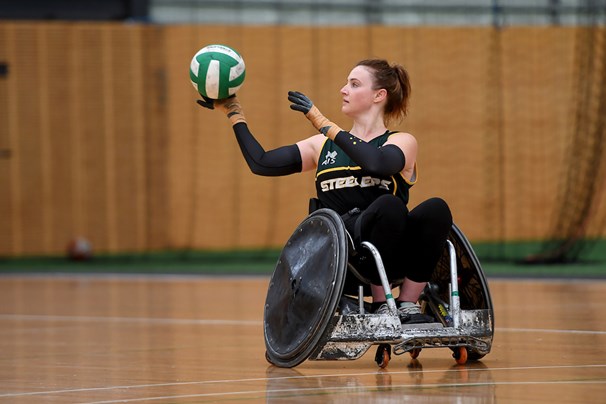 “It’s a little bit different to being on court, smashing each other and then going off to the library and telling people to keep it down.”

Shae will next compete for Australia at the IWRF Asia Oceania Regional Championships later this month, when the Steelers will look to secure their spot for the Tokyo 2020 Games next year. Amazing!