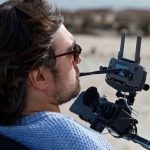 “It is the little things – the sound of the lapping of water against the bottom of his board and seeing the beach from a different point of view – that Islander James Bedding misses the most about surfing.”

Since a freak accident 22 years ago, when 15-year-old James fell from a sea wall at the Harbour and suffered a serious spinal injury which left him quadriplegic, he has been confined to a wheelchair.

But that hasn’t held the now 37-year-old back. He has set up a business, which ultimately didn’t work out and, over the past four years, has developed a passion for flying drones.

It is a hobby, James says, that lets him access places his body won’t let him and even gets him back among the waves. 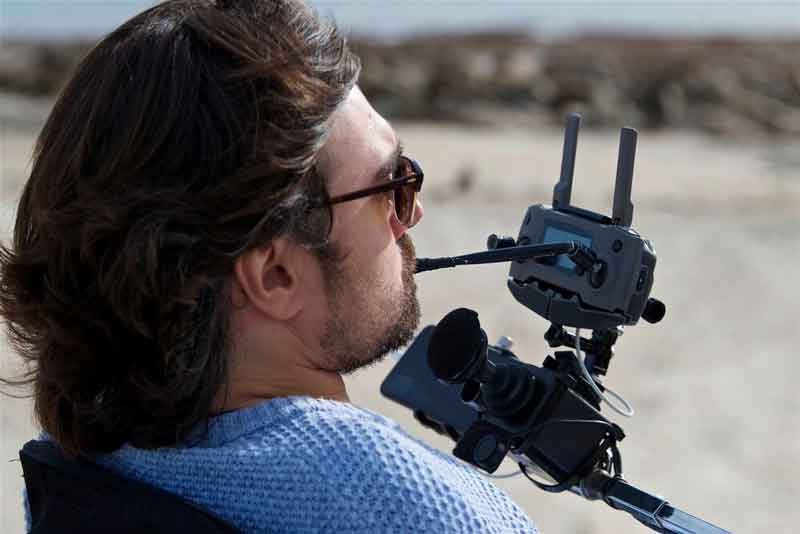 ‘It’s massive for me,’ James says from his home at Le Marais, St Clement. ‘One thing I really miss is surfing; I used to love surfing when I was young.

‘Now I can fly the drone out there and see people waiting for a wave like I used to. It sounds silly but I can sort of wait with them, I get that same sensation, that same buzz. It’s really bizarre but it’s so cool.

‘The drone lets me get out and about and see different places. Even if it’s rough terrain I can get there and I can fly up to it.’ 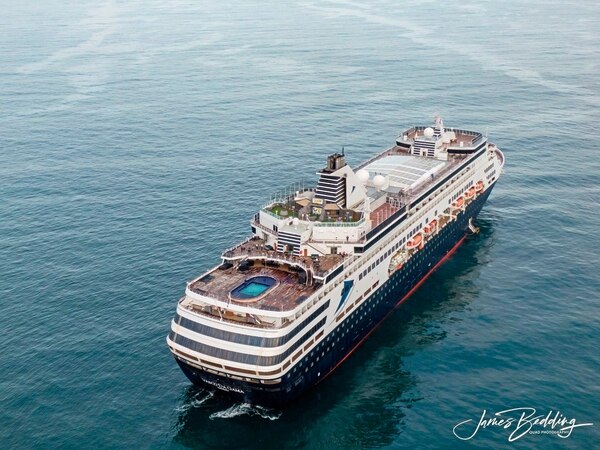 He added: ‘ I went out with Healing Waves [a charity that helps people to surf] a while ago which was ace so big shout out to those guys. It’s the little things I miss like the sound of water on the bottom of the board and seeing the beach from the sea. It was the first time I had been in the water in over 20 years.’

The former De La Salle College student mounts a regular drone controller onto the front of his wheelchair to fly his drone. However, he has had specially-made grooves added to the thumb controls, which allow him to move them using a pointer that he puts in his mouth.

‘It took some getting used to. The first time I went out it was hard but I tried again and I’ve got there now,’ he added. 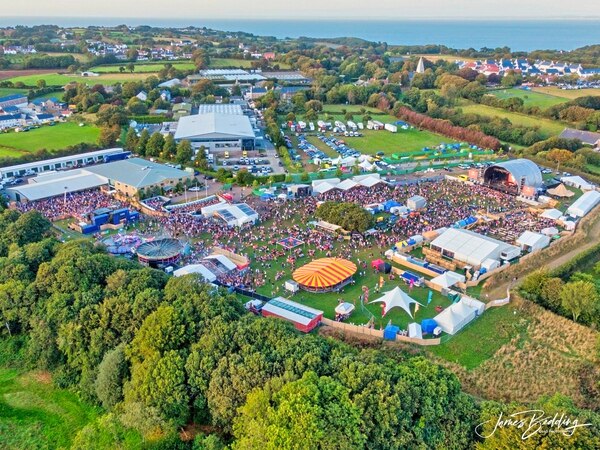 In fact, James is now a licensed commercial drone pilot. After months of studying, theory and practical tests in Bath and Oxford (where he scored 94% and an A-), the Islander was awarded his licence in July. He is in the middle of setting up a website – Quad Photography – and hopes to start selling the photos he takes.

Quad Photography, he says, is a bit of a pun. His DJI Maverick Pro drone is a ‘quadcopter’ – it is lifted by four rotors – ‘and I am quadriplegic. It’s a little play on words’, he added. 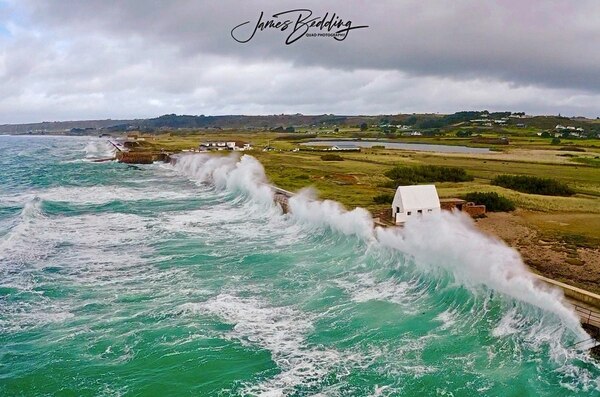 Thursday marked World Mental Health Day. James said that after his accident he struggled to come to terms with what his future life might look like. He hopes that others in a similar situation to him, or even those struggling in life, can take inspiration from the life he now leads.

‘The accident? It was a huge change in my life. It was difficult at first but I just adapted to it, I had to. I think it helped because I was so young. If I had had the accident at the age I am now I think it would be harder to deal with but because I was 15 you just adapt. I have great support, family and friends. Now I just roll with it, literally.’