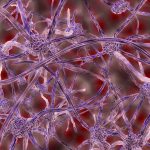 Spinal cord injuries can have lasting and devastating effects on mobility and cognitive function due to permanent nerve cell damage or death. A new study from researchers at Temple University now shows how neuronal connections can be regenerated after such injuries.

Neurons contain structural appendages called axons which form connections with each other throughout the brain and greater parts of the body. These axons form an interconnected communication system that regulates sensory and motor functions; injury to axons can result in their breakage, leading to irreversible damage.

Researchers at the Lewis Katz School of Medicine Temple University (LKSOM) have found that functional recovery from these injuries may be possible through a molecule called Lin28, which regulates cell growth. Lin28 is an RNA-binding protein that is believed to have a role in the self-renewal of stem cells. It binds to and promotes the translation of multiple proteins involved in cellular growth and survival pathways including the insulin-like growth factors (IGFs) and various metabolic enzymes. In mammals, it regulates glucose homeostasis by activating insulin-phosphatidylinositol 3-kinase (PI3K)-mammalian target of rapamycin (mTOR) signaling.

In their study — published online in the journal Molecular Therapy — the Temple University researchers found that the overexpression of Lin28 in mice with spinal cord or optic nerve injury led to stimulation of axon regrowth, allowing the repair of neuronal communication networks in the body. This is the first study that has revealed the regenerative function of Lin28 in the injured spinal cords of animals.

Dr. Shuxin Li, Professor of Anatomy and Cell Biology and in the Shriners Hospitals Pediatric Research Center at LKSOM and senior investigator on the new study said that, “Our findings show that Lin28 is a major regulator of axon regeneration and a promising therapeutic target for central nervous system injuries.”

“We became interested in Lin28 as a target for neuron regeneration because it acts as a gatekeeper of stem cell activity,” said Dr. Li. “It controls the switch that maintains stem cells or allows them to differentiate and potentially contribute to activities such as axon regeneration.”

To study the effects of Lin28 on axon regrowth, Dr. Li and colleagues developed a transgenic mouse model with increased expression of Lin28. In mice that sustained injury to the spinal cord or optic nerve tracts, which connect to the retina in the eye, upregulation of Lin28 led to significant long-distance regeneration of both axons and the optic nerve in adult mice.

To examine the effects of Lin28 on nerve tissue repair in a more direct manner, overexpression of Lin28 in mice was also achieved through its delivery via an adeno-associated virus type 2 (AAV2) vector. It was found that treating mice (normal, non-transgenic) post-spinal cord or optic nerve injury stimulated significant regeneration of spinal tract and optic nerve axons after incurred injury.

Long-distance axonal regeneration was much more striking through the viral vector delivery method compared to transgenic overexpression of Lin28. According to the study, “In mice with spinal cord injury, Lin28 injection resulted in the growth of axons to more than three millimeters beyond the area of axon damage, while in animals with optic nerve injury, axons regrew the entire length of the optic nerve tract.”

In explaining the findings, Dr. Li said, “We observed a lot of axon regrowth, which could be very significant clinically, since there currently are no regenerative treatments for spinal cord injury or optic nerve injury.”

In the evaluation of walking and sensory abilities, it was shown that Lin28 treatment translated into significant improvements in coordination and sensation.

Upregulation of Lin28 was found to activate pro-survival Akt signaling in mature neurons in the central nervous system (CNS). Lin28 therefore has a crucial role in regulating the growth and survival of CNS neurons and may thus be an important molecular target in the treatment of CNS injuries.

Dr. Li explained that, “Lin28 associates closely with other growth signaling molecules, and we suspect it uses multiple pathways to regulate cell growth.”

Moving forward, one of the main goals of Dr. Li and his team of researchers is to devise a safe and effective way to deliver Lin28 to injured tissues in human patients. In order to do this, Dr. Li and his team of researchers hope to develop a vector or carrier system for Lin28 that can be injected systemically, but specifically targeted to injured axons within identified populations of damaged neurons.